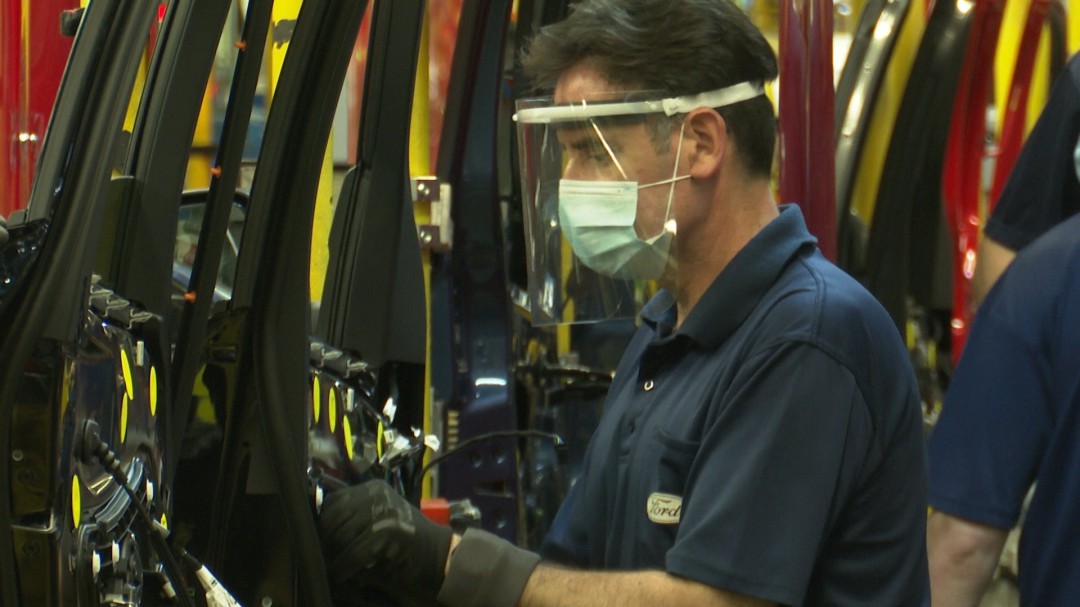 The workers at the Ford plant in Valencia intend to reach a future agreement for the factory that guarantees production in the coming years and, given the scenario that opens the excess capacity of the multinational in Europe, they underline the flexibility of the plant – nowadays manufactures several models-, its credibility and social peace.

The factory management and the unions have held during the last part of 2021 eight meetings of the negotiating committee of the Agreement for Electrification in which no progress has been made except for this year’s work calendar, and this Monday they are summoned to another appointment.

It will be the same day that they will negotiate another temporary employment regulation file, the first in 2022 after having chained successive ERTEs since the pandemic broke out, first due to the instability of demand, to which was added the lack of components, although Already in 2019 employment files were applied.

The use of ERTEs, unknown to a majority until the coronavirus pandemic arrived, is common in car factories due to fluctuations in sales, according to the UGT spokesman at the Almussafes plant, José Luis Parra, explains to EFE. .

An ERTE is never good news but what really worries the staff is the future, hence the objective of reaching an agreement in the coming weeks.

Until now, the management of the plant has raised reductions that it has not quantified. It has questioned the payment of the CPI agreed with UGT for 2021 (real CPI plus 0.5%), which would mean a 7% salary increase for workers with retroactive effect to January 1, 2021.

He has also talked about the fact that there are many vacation days and an increase in the working day, but all these issues are still “green”, and the UGT asks the management to abandon “ambiguities”.

Scenario of plants in Europe

The UGT spokesman and secretary of the Works Council highlights the negotiating spirit of the union side that has provided stability to the Almussafes factory.

Ford is “at an inflection point” for Europe and indirectly “it is saying that there is no production for the two plants,” he says, referring to the German plant in Saarlouis and the Valencian plant.

After warning that he does not want to enter a competition scenario between the two plants, Parra points out that the situation in Saarlouis is “if possible a little more dramatic” than that of Almussafes (Valencia) because they are suffering more production stops, although on the other hand In part, the German government complements the ERTEs more than Spain.

Likewise, the manufacturers’ strategy given the lack of supplies has been to allocate existing ones to vehicles with a higher profit margin, such as the Kuga manufactured by the Almussafes plant.

As he recalls, in November 2019 an agreement was reached with Ford of Europe to guarantee work in all European locations but, due to the pandemic and the drive for electrification, decisions are being “rushed” and “nobody wants to be left out of the Photo”.

Therefore, he asks the management for progress in the negotiations of the Electrification Agreement, which are also being carried out in two countries simultaneously for the same product.

The characteristics of the Valencian plant

Cautiously, the union spokesperson refers to the fact that in a comparison between the Valencia and Saarlouis plants in Almussafes “we have advantages”, but other factors that may come into play, such as politicians, in the decisions taken, “are they are beyond our scope. “

Among those advantages he cites the flexibility in manufacturing (today it manufactures the Kuga and several other models such as the Mondeo, the Galaxy, the SMax or the Transit van), while the German only manufactures Focus.

In Parra’s opinion, from an operational point of view the advantages are multiple in many fields but at the market level, and taking into account that most of the vehicles it produces go to Europe, the logistics costs are higher.

On the other hand, Almussafes has a history of social peace and credibility “as a plant, as a staff and as a voice for dialogue” that it wants to assert in the negotiation.

“Without insulting anyone, to say that the challenges that have been offered here have been brought to fruition with satisfactory results for the company and for the workers,” he concludes.