Skip to content
Home News Can nuclear energy be ‘green’ ?: the controversial proposal of the European Commission | Hour 14 Weekend 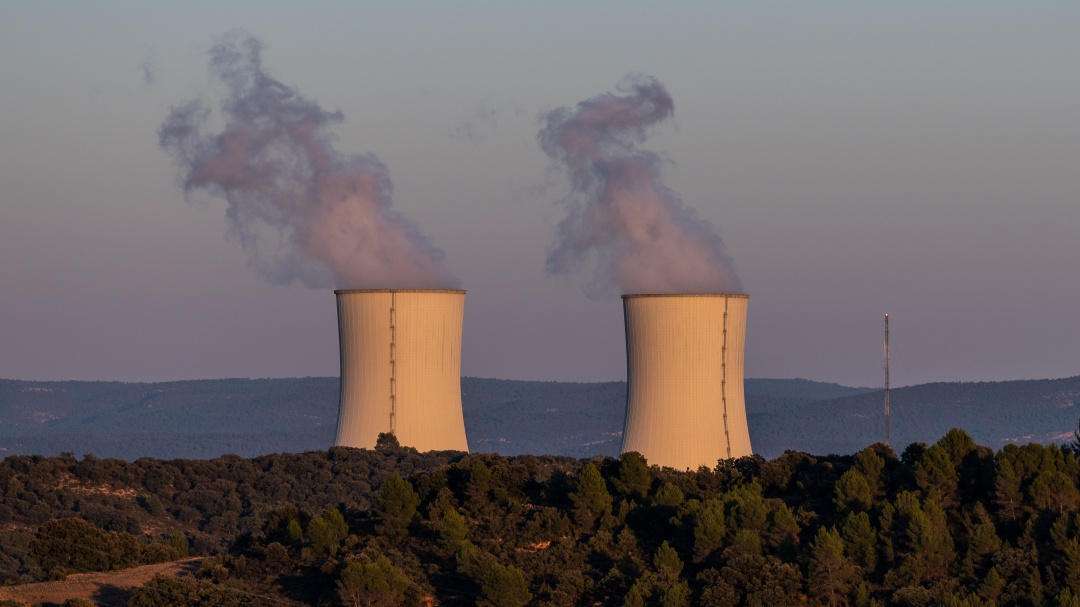 In these first days of 2022, the European Union has put nuclear energy at the center of public debate for the future. The latest are the words of the European Commissioner for the Internal Market – in a French newspaper – where he says that, between now and 2050, half a billion euros will have to be invested in new nuclear reactors. The Commissioner thus defends the proposal to consider nuclear energy as “green energy”. Thierry Breton says that doing so – putting it into that category – is a way of encouraging the arrival of capital.

Can nuclear energy be a green energy? It is surely an idea that a few years ago would not have crossed our minds, but that is the proposal of the European Commission that Spain has rejected. The division on what role this energy has to play, which effectively does not generate polluting gases but is also a fact that concerns what to do with the hazardous waste it generates, in the transition to a non-polluting energy is clearly seen in our European neighbors :

Emmanuelle Macron announced a few months ago that France will build nuclear reactors again for the first time in decades. They consider it part of their ecological transition.

France became one of the main nuclear powers in the world between the 70s and 90s with more than 50 nuclear reactors throughout the territory and today this type of energy generates 70% of the country’s electricity. Although a few years ago François Hollande promised to reduce its production from 70 to 50% by 2035, now President Macron has decided to bet on it again by building small plants. A decision mainly motivated by two reasons: to guarantee energy independence (more in a context of rising electricity prices) and because it is cheaper and less polluting energy; the fact that it does not generate carbon emissions would allow France to achieve its climate goals; that is, to achieve carbon neutrality by 2050.

Germany to dismantle nuclear power in 2022

In Germany the opposite is true. For 9 days, there are only three nuclear power plants left there: half the number at the end of 2021. And when this year ends, the German government’s plan is that there will not be a single one left.

The German government, made up of Social Democrats, Greens and Liberals, expressly rejects the European Commission’s assessments of nuclear energy. It is something that is not under discussion, so the Brussels proposal has been a jug of cold water for many, especially for the green majority partners of the new Executive. Almost no issue has been as identitarian and successful for the party as the anti-nuclear movement. At the end of last year, three nuclear power plants were closed and this year another three will. Germany has been preparing for nuclear disconnection for decades and will soon be saying goodbye to coal, but it cannot do without fossil gas, at least not yet. So the Commission’s proposal is almost bitterly accepted. Natural gas, as expressly stated in the coalition agreement, is essential for a transition period towards a more ecological country. While a consensus position is forging in the government, abstention is emerging as the most valid possibility.

What is a green energy?

That is what the Union wants to determine now. The commission has proposed a classification – taxonomy is the exact term – that nuclear power plants could enter because they contribute to the Paris agreements: they do not emit CO2 and, therefore, do not contribute to this increase in the average temperature of the earth.

It is explained by Alfredo García, operator and supervisor of the Ascó plant, in Tarragona: “Renewable energies are included, logically, that does not surprise anyone; but then we are realizing that these renewable energies are not enough, they do not guarantee supply 24 hours a day and they need a backup, a backup that could be batteries that do not exist, large capacity batteries have not yet been developed that are capable of storing surplus renewables and we have to base ourselves on science. What does science tell us? A macro-study promoted by the EU carried out by JRC (the scientific advisory body of the European Commission) (…) has shown that nuclear energy is so ecological and so respectful of the health of people and the environment as renewable energies. “

Environmental groups are against assigning this taxonomy to nuclear energy or natural gas. Greenpeace warns that it can be counterproductive for renewable energies, causing those who are going to invest in some energy source not to do so in solar or photovoltaic. It is explained by the person in charge of the ecologists’ political unit, Alicia Cantero: “Because there is also a danger. That the money that is going to be invested there is to the detriment of other solutions such as renewable energies (…) Those assigned to this taxonomy would have to be valid to achieve the Paris agreement and to avoid an increase in temperature beyond one and a half degrees. It should be based exclusively on renewable energies that will lead us to the sustainable energy model that we need. that it is a 100% renewable system and -something also very important- in the hands of the citizens “.

The problem of nuclear waste

It is clear that nuclear and wind energy, or solar energy, have nothing to do with it, but there are differences and the fundamental one is the reduction of carbon emissions. Nuclear fission does not produce them. The problem here is waste, which is dangerous. In our country nuclear waste -today- is managed by the plants themselves, they stay there; although the idea is that it ends up creating a center in which everyone is collected. Yes, there is a so-called nuclear cemetery in Córdoba, but in it what is deposited are medium, low and very low intensity waste: those generated in laboratories or hospitals, for example. The high nuclear intensity waste produced by the reactors is not being stored there. Alfredo García defends that this waste is managed safely: “Much less is generated than people might think. I made a recent calculation and all the waste generated from high activity in Spain in more than 40 years of production of Nuclear power plants – we have had up to 10 nuclear power plants – would fit in a cube 13.5 meters high, wide and deep. It is a very manageable volume from a technical point of view because – besides what we need to protect ourselves from this waste radioactive is shielding “, says García.

This nuclear operator also talks about fourth generation reactors, the nearest future for this energy that could also be a solution for nuclear waste because it could shorten its radiation period. Those of now use 5% of the energy, but “it is estimated that between 97 and 99% of fuel energy consumption will arrive. What will we have left? (…) High-level waste too , but short term “.

Environmentalists, on the other hand, believe that you cannot invest in something that is not yet 100% working, although tests are being carried out in Russia. They emphasize that waste poses a risk especially in the long term and that it cannot continue to be generated due to “the danger generated by all radioactive waste for which a final solution has not been found and which we will also leave behind to many future generations. ( …) Nuclear energy is still research that does not arrive on time. We have the solution: renewable energies. It is a technology that is available, that is increasingly competitive -and it is showing it- and that does not generate environmental impacts as serious as nuclear power “.

Crutch for the ecological transition?

Greenpeace understands that an immediate blackout of nuclear power plants cannot be carried out – last year they were the second electricity generator in Spain – but they emphasize that what cannot be done is to invest more in this energy, that the process of progressive shutdown of the control panels. Ecological transition based on what exists, not on promoting nuclear: “There has to be a gradual process of closure. This means that we cannot continue investing, as the taxonomy indicates, in new nuclear power plants or new gas plants. That is the difference. Obviously there has to be a transition process that leads us towards this 100% renewable energy system and in this transition process all polluting energies have to be gradually closed, that is, nuclear energy and all fossil fuels”.

On the other hand, there is the future of nuclear energy. This is what those who support investment in nuclear power defend. The current process is that of nuclear fission but the future is nuclear fusion, an energy that would not leave residues. García explains: “We will have it – I have no doubt – but no one can be sure when. We are talking about 2-3 decades or so worse, maybe it will take longer. It will be inexhaustible because we will use hydrogen from sea water, that is, we will not it will run out of fuel and will not generate radioactive waste. “

What is clear is that the energy transition is underway. In Spain, for example, in 2021 wind energy has surpassed nuclear energy for the first time since 2013.