Skip to content
Home News the cocktail that shakes Kazakhstan 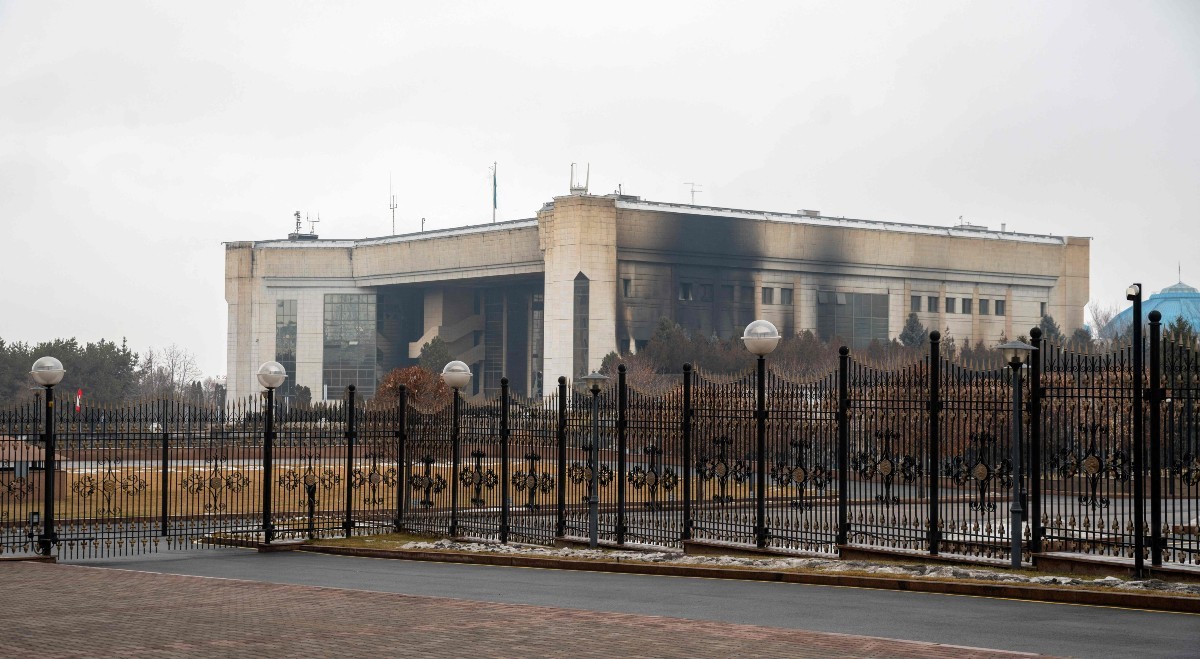 Protests for the rise in the price of Liquefied Petroleum Gas (LPG) in Kazakhstan, which started about a week ago, have already caused the death of dozens of protesters, to which the Government has described as “terrorists”, as well as the resignation of the Executive of the country.

The Kazakh President, Kasim Yomart Tokáyev, has given the order to “shoot to kill” without prior warning against the protesters and now, he also has the military support of Russia, a country with which he shares a large land border and whose history is totally linked to Kazakhstan.

The internet outages by the authorities have directly affected cryptocurrencies. The Central Asian nation is the second country in the world in this sector.

What has happened in Kazakhstan?

Protests started on January 2 in Zhanaozen, one of the large oil fields found in western Kazakhstan, and rapidly spread to the rest of the country, causing the resignation of the Kazakh Government.

The country’s president, Kasim Yomart Tokáyev, assured this Friday that around 20,000 “bandits and terrorists” have attacked Almaty, former Kazakh capital and the largest city in the country. There is at least 3,700 arrested and 30 protesters killed. In addition, the Government has reported the death of 18 members of the Police and Army, two of them beheaded.

In an address to the nation, Tokayev announced that he had given the express order of “shoot to kill“without prior notice against protesters if they resist. Any demonstration that does not have the authorization of the government is considered illegal in this Central Asian country.

Why did the protests start?

Many kazakhs they refurbished their vehicles to run on this fuel because it was cheaper and subsidized by the Government, but the authorities announced that they could not continue to do so. Now, due to growing protests, it has canceled the suppression of aid for six months.

Tension rises in Kazakhstan due to anti-government unrest

Other criticisms and demands have also been added to the rise in the price of liquefied gas. One of the most viral images of the riots has been the demolition of one of the monuments of the former president Nursultan Nazarbayev, a former member of the Communist Party of the Soviet Union who ruled for 18 years in Kazakhstan and that, according to the opposition, maintains political power in the country in the shadow of Tokáyev.

How is Russia acting?

The land border between Russia and Kazakhstan is the second longest in the world with 7,598 kilometers. The main trading partner of the Central Asian republic is Russia, followed by China, and Kazakh history is closely linked to that of Moscow.

Kazakhstan declared its independence in 1991, after being under communist rule for seven decades. Furthermore, it is estimated that the 18% of Kazakhstan’s population is of Russian origin.

The Kazakh president has asked for help from the Russian-led Collective Security Treaty Organization (CSTO) military alliance. Following the request, Moscow and the CSTO began deploying troops as part of a mission to “keep the peace.” The Russian Defense Ministry has reported this Friday that it has sent more than 75 aircraft with military equipment and troops.

Why is this crisis affecting cryptocurrencies?

Due to protests and riots in Kazakhstan, there have been Internet and telecommunications outages across the country, something that is affecting the local cryptocurrency mining operations. The country has been gaining ground in this sector and ranks second in the world, with about 20% of mining and only behind the United States.

For this reason, internet restrictions are directly impacting the cryptocurrency industry. According to specialist Tom Wilson, “When the Internet went down on Wednesday, the bitcoin’s global computing power plummeted quite dramatically. “

Are there options for a future dialogue?

Different countries and international organizations have made a call for dialogue between the parties involved. The spokeswoman for the German Government, Christiane Hoffmann, has urged “to reduce the escalation and reach a peaceful solution”, while the NATO special representative for the South Caucasus and Central Asia, Javier Colomina, has asked for calm and dialogue, as well as the fulfillment of human rights in Kazakhstan.

However, the Kazakh president has called “stupidity” these appeals for “a negotiation to solve the problems.” “Is it possible to negotiate with criminals and murderers? “Tokáyev wondered.