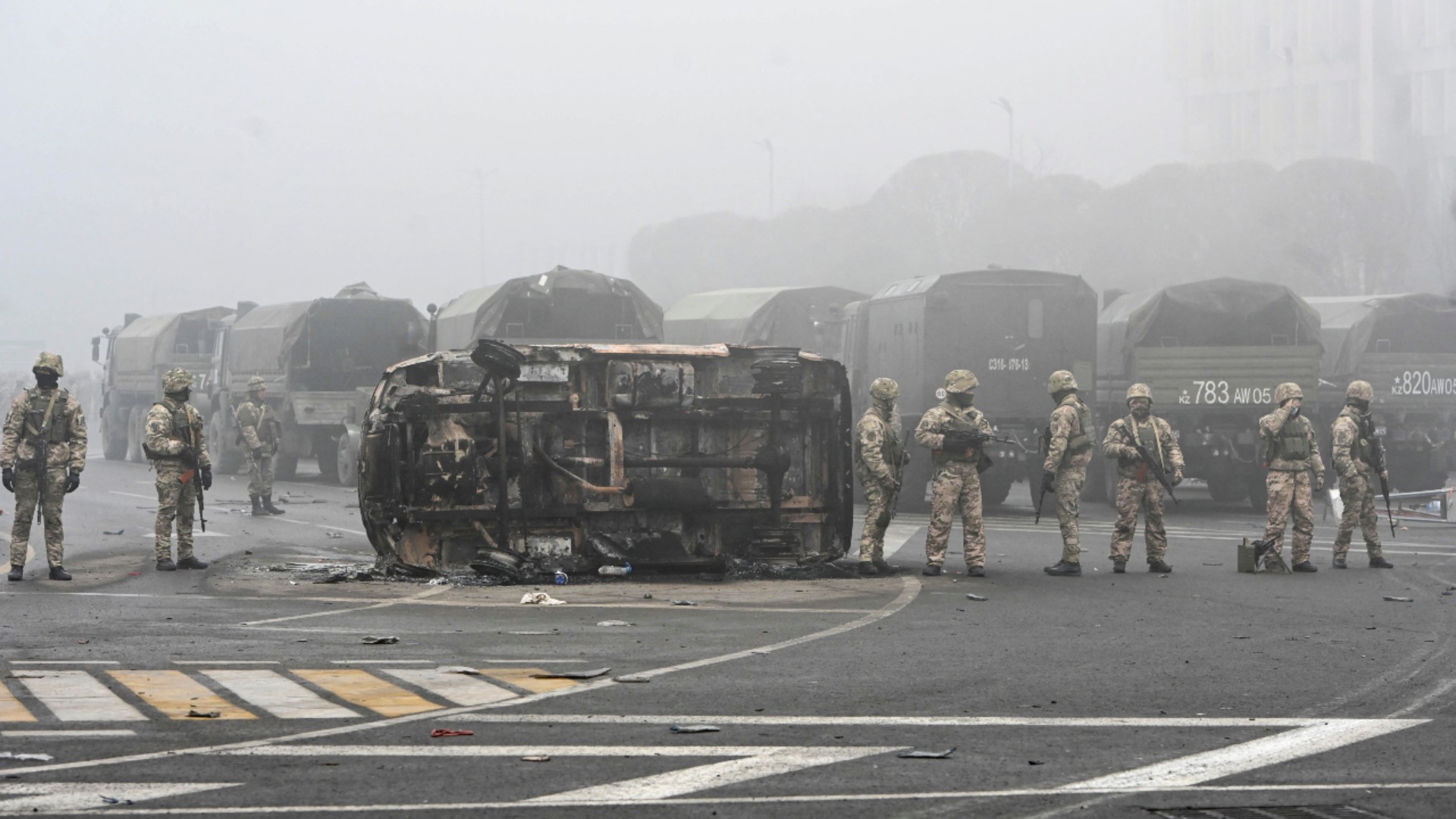 The US State Department approved this Friday the voluntary departure of non-emergency employees from its consulate in Kazakhstan due to the “violent” demonstrations, protests and strikes in Almaty.

“US citizens in Kazakhstan should be aware that violent protests can seriously affect the ability of the US embassy to provide consular services, including assistance to US citizens leaving Kazakhstan,” it said in a statement.

They have also stressed that these riots have caused “widespread destruction of infrastructure and government buildings in Almaty and have led to the arrest, injury and death of a significant number of protesters and security forces.”

On the other hand, Germany has reported that he has arms exports to Kazakhstan paralyzed due to the current unrest in view of the current situation, according to the German news agency DPA.

In this sense, the German authorities are going to take the necessary measures to prevent such goods from being exported to that country.

Last year, Germany granted 25 licenses for the shipment of weapons to Kazakhstan for a total of around 2.2 million euros.

More than 4,200 people They have been detained, among whom are foreign citizens, according to reports from the Ministry of the Interior of Kazakhstan, in relation to the disturbances and in the framework of the “antiterrorist” operation that the authorities are carrying out.

For the moment, the situation is stabilized, although between 8:00 a.m. and 8:25 a.m. (local time) around a dozen shots were heard in the streets, according to journalist Assem Zhapisheva on her Twitter account. The shooting has also been confirmed by the Russian news agency Sputnik in the city of Almaty.

The Internet access in the city has been reduced, although the mobile phone network remains relatively stable, as reported by the TASS news agency.

At least 26 protesters have died

The Interior Ministry of Kazakhstan has confirmed that at least 26 participants in the demonstrations have died and another 26 have been injured, according to a statement collected by the Kazakh news portal ‘Vlast’ on its Twitter account. According to this same medium, the journalist Lukpan Akhmedyarov has been detained in Oral, in the northwest of the country, for 10 days under article 488 for organizing an illegal demonstration, march or picket.

On Wednesday, the Almaty Police Commander’s office encrypted 18 total agents killed in the clashes and in 748 the number of soldiers and members of the security forces who were injured in the riots. These figures have not yet been updated.

The protests started by the gas price malaise but, already extended to several cities, they have ended up becoming a unprecedented defiance of current authorities, who have requested the military aid from neighboring countries, including Russia, to contain the mobilizations.