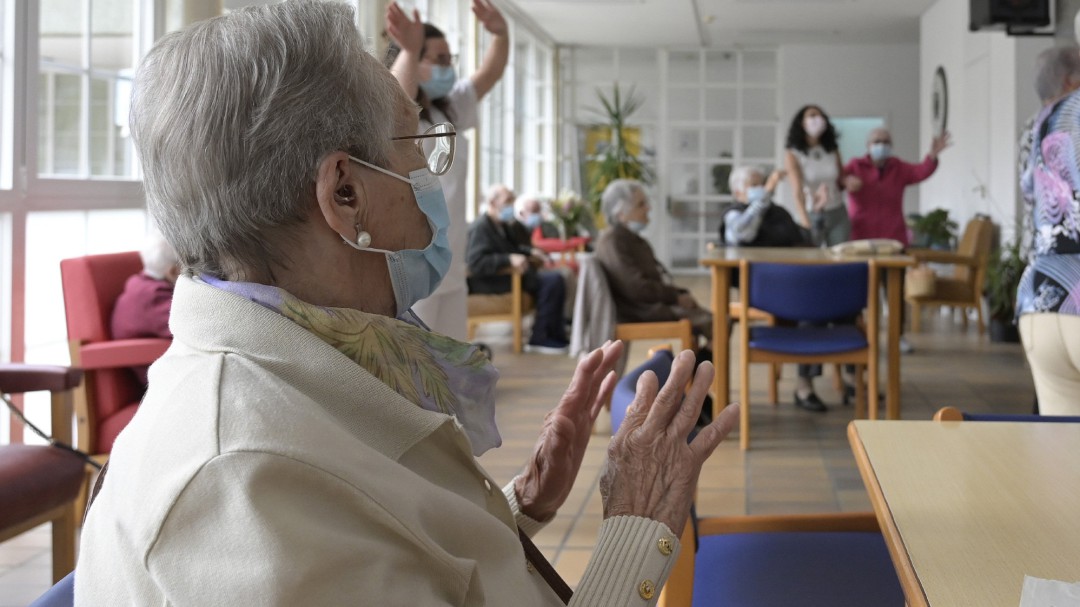 The figures released in the latest IMSERSO balance, released this Friday, reflect that the vaccine has been key to reducing deaths in nursing homes. In 2021 they died from COVID-19 5,083 people who lived in these centers, bringing the total number to 30,880 deaths since the beginning of the pandemic and leaves in 25,797 those of the year 2020.

However, the 2020 figures are precisely the most difficult to estimate, since many of them were not diagnosed in time. Thus, el Imserso began to collect data on deaths from COVID or with suspicious symptoms in the statistics since March 14, 2020, without counting the possible ones that occurred before the pandemic was decreed -January, February and half of that March -.

Until June of that same year, that is, in three months, a total of 10,492 residents died with symptoms compatible with the coronavirus, but without confirmation. With confirmed proof from that March 14, 2020 and until December 31, 2021, there have been 20,388 deaths in residences with COVID. Thus, also adding the deaths of suspected cases, the total would be 30,880 deaths with COVID, of which 5,083 have occurred in 2021.

At the beginning of last year, in January, there were weeks, such as the last of that month, in which up to 788 deaths were registered in residences, a figure that was decreasing until in the last days of March and the first of the month of April, the Imserso recorded only one death.

The numbers were oscillating between 5.7 and 10 deaths, and in summer they rose again slightly. The week that was from August 9 to 15 there were 170, but from there the numbers fell again until the omicron appeared on the scene in December, when there was a slight increase: from 24 it went to 30, the following week – Christmas Eve – there were 36 and in the last of the year, 50.

Of the 50 deaths with COVID, nine were in Catalonia; eight in Aragon; 7 in the Community of Madrid; six, in Castilla y León; four, in the Basque Country and many others in Asturias; three in the Valencian Community, the same as in Navarra; two in Andalusia, as in Galicia; one in the Balearic Islands and the other in Extremadura.

Residents’ infections have totaled 34,748 this year, going from up to 4,469 that were registered in mid-January to just 29 in one of the weeks of June. In summer they rose, when Spain was in the fifth wave – the so-called youth – and the delta variant expanded. Then it reached 1,200 infections in the central week of August.

And the positives went down to omicron again. If in mid-November there were 160 cases, the following week it went to 305, and so on to 3,647 with which the year ended.