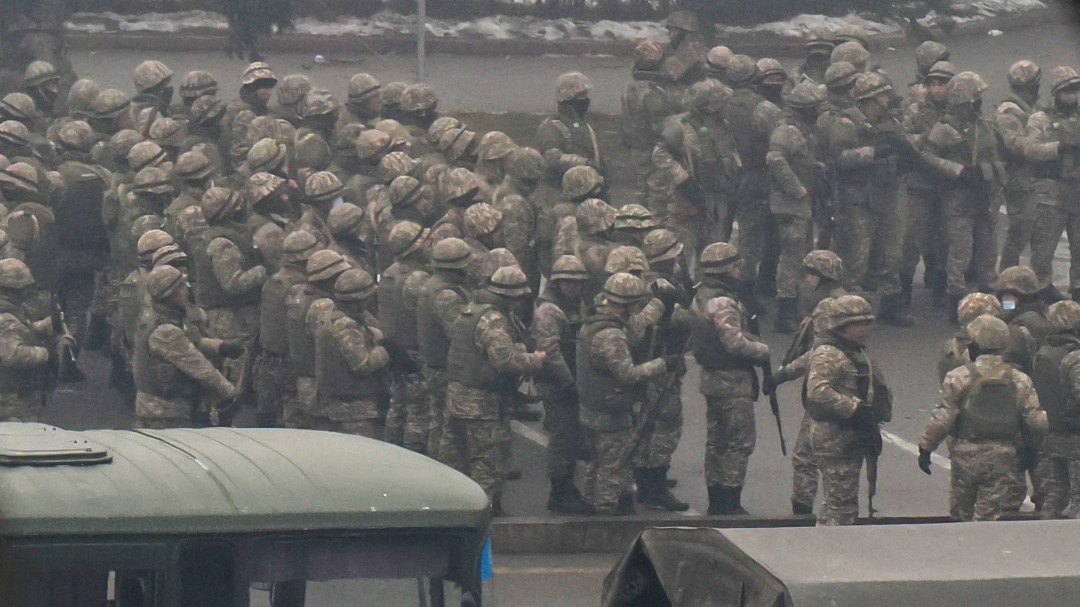 The President of Kazakhstan, Kasim Jomart Tokayev, has announced that the local authorities have controlled the situation caused by the revolts against the Government, although he has warned that there are still armed “terrorists”, alluding to the protesters.

“The counterterrorism operation has started. Law enforcement agencies are working hard. Basically, constitutional order has been restored in all regions of the country (…) But terrorists continue to use weapons and damage private property. Therefore, anti-terrorist actions must continue until the complete destruction of the militants, “Tokayev asserted.

The Kazakh president has called a meeting this Friday, which has had the participation of the leadership of the Presidential Administration, the Security Council and the forces of order, as detailed by the presidential office in a statement.

In addition, early this Friday (local time) the restoration of cable Internet access was notified, restricted since the previous day, although mobile lines are not yet available.

After the escalation of violence registered in the social protests that have occurred since the beginning of the year, motivated by the price of liquefied gas, President Tokayev decreed a state of emergency in the capital, Nursultán, until January 19.

As a result of this measure, the authorities have installed a total of six checkpoints on the roads near the city, as the regulations also include the restriction of access to Nursultán from 11:00 p.m. to 7:00 a.m. (local time).

From the Mayor’s Office of the capital, the first mayor, Altai Kulginov, has urged citizens to avoid highly crowded spaces, as well as not to go to illegal demonstrations, in which the death of “dozens” of protesters and of about 20 security workers in the country, as well as almost 2,300 injured people, according to the Jabar 24 chain.

The Kazakh Presidency has confirmed the arrival of the Russian contingent of peacekeepers from the Collective Security Treaty Organization (CSTO), who have been posted to Kazakhstan to “help restore order”.

“This contingent arrived for a limited time to carry out mainly the functions of covering and ensuring the protection of strategic objects,” the presidential office said, although this information had previously been released by the Ministry of Defense.

This Moscow movement has provoked a response in Washington, as the White House spokeswoman, Jen Psaki, has expressed her doubts about the legality of the troop deployment, and even the Permanent Mission of Kazakhstan to the United Nations has informed the Security Council of the UN on the stabilization measures that are being adopted.

“At this time we do not know if they act at the invitation of Kazakhstan or not,” said Psaki, alluding to the sending of military forces by Russia.

The United Nations has stated this Thursday through its spokesperson, Stephane Dujarric, that it is unable for the moment to contrast the number of victims, although it has called for the demonstrations to take place peacefully.

In addition, Dujarric has confirmed that all the United Nations personnel in the country – 285 people and another 25 employees of the UN mission in Afghanistan – are safe and located.

Finally, it reported that the Special Representative of the Secretary General for Central Asia, Natalia Gherman, has maintained contacts with the Kazakh Foreign Ministry, to which she has reiterated calls “for moderation, to refrain from violence and to promote dialogue to address the situation. “