Skip to content
Home News The return to the classroom will be in person after the Christmas break, despite Ómicron | Society 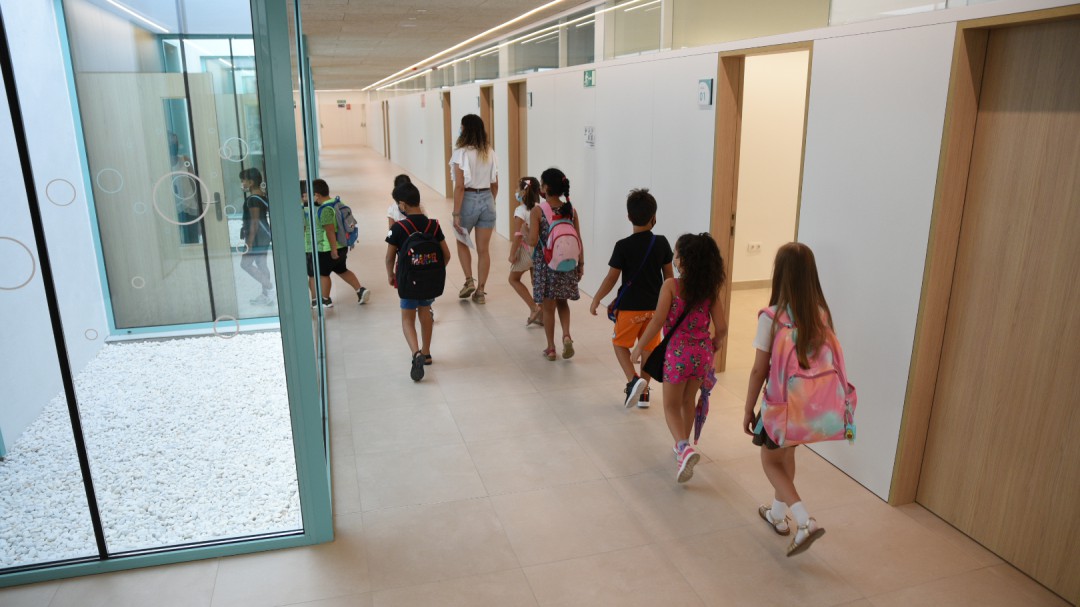 The Government and the autonomous communities will meet this Tuesday to address the current situation of the pandemic and the return to classes of almost ten million students, who after the Christmas break will resume as planned next Monday the 10th.

Both the central government and the regional executives, unions and families share the idea of ​​guaranteeing presence at all stages and levels, from Early Childhood Education to the University, despite the fact that Ómicron continues to leave an avalanche of infections in Spain.

The new variant has linked historical incidence figures and an increase in healthcare pressure, especially in primary care, which has led some communities to take measures to relieve their overload in this sixth wave.

In fact, the Government and the autonomous communities agreed last week, as a general rule for the entire population, to reduce quarantines from 10 to 7 days, and in this line, the Community of Madrid has established that in educational centers, before the appearance of sporadic cases, there will be no quarantines either.

Except for last minute surprises, the extraordinary meeting in Moncloa of the Interterritorial Council of the National Health System, the Education Sector Conference and the General University Policy Conference will decide the return of students to classes with total normality on the scheduled date, both at the compulsory levels as well as at the university.

As of December 23, only 1.58% of classrooms were confined, when it had just begun to infect Ómicron, which broke in after the Constitution Bridge (in the week of December 13 to 17).

The Spanish Confederation of Associations of Mothers and Parents of Students (CEAPA), which groups some 12,000 associations, has demanded the return to classrooms, review the anti-coronavirus protocols and adopt new measures.

The CCOO Teaching Federation has also asked to bet on the reduction of ratios to a maximum of 20 students per classroom to guarantee the interpersonal distance of at least 1.5 meters, and the CSIF union has demanded reinforcements of personnel, more prevention measures in the centers (air purifiers), rapid case detection protocols and cover the casualties of personnel affected by the virus.

Next, the position of the autonomous communities:

MADRID: It has determined the presence in the return to classes after the Christmas holidays and, as a novelty, the mask will once again be mandatory at recess after the decision of the central government to retake it outdoors.

ANDALUSIA: Will defend the return to classrooms on the 10th, always in accordance with the guidelines set by the Ministry of Health.

ARAGÓN: It does not contemplate a delay in the return to the centers because it defends that the situation is better than last year and that the schools are “safe places.”

ASTURIAS: Will advocate for classrooms to be “the last spaces to close and the first to open”, since, despite the virulence of the current wave, the rate of vaccination of this age group is faster than expected.

BALEARIC ISLANDS: You will ask to start the school year normally, since you understand that schools are safe and have even helped cut the chains of transmission.

CANTABRIA: Bet on the return to the classrooms on the 10th.

CASTILLA-LA MANCHA: He defends the presence and not to delay the start dates of the classes, although his intention is that there is a common position and a joint decision.

CASTILLA Y LÉON: Advocates for presence and maintains the expected return date, at the same time that it is committed to preventive measures, including CO2 meters.

CATALONIA: Has the will to maintain the maximum possible normality in the return to classes.

VALENCIAN COMMUNITY: It will do what the authorities say, so at the moment there are no changes regarding the return to the classrooms. In this region, the immunization of teaching staff is being reinforced, with third doses.

EXTREMADURA: She is in favor of keeping the current calendar and returning to classes in person.

GALICIA: It is committed to keeping the scheduled date and does not see problems with the current data on infections or with the pediatric vaccination schedules, since it believes that the week of the beginning of the course, 90% of the children between 5 and 11 years.

LA RIOJA: His idea is that all students return to class on the 10th.

MURCIA: Will propose to return to school in physical form at all stages and levels.

NAVARRE: The community most affected by the sixth wave will defend the 100% return to classes in all cycles.

BASQUE COUNTRY: It proposes the face-to-face return to the classrooms, keeping the security measures in force before the Christmas break.