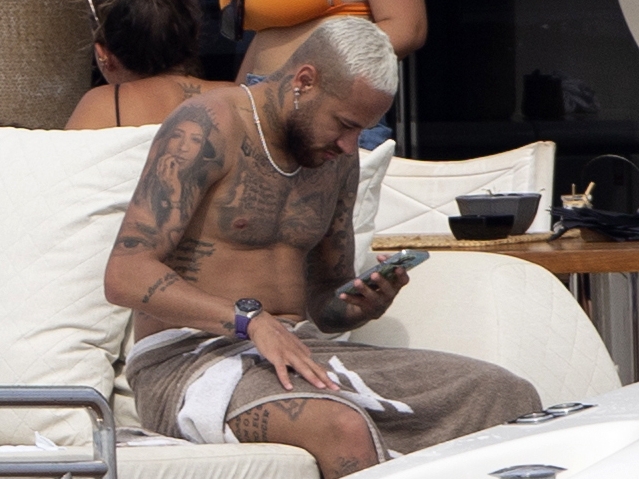 Neymar Júnior began his last trip to Brazil protected by the Bible. The player, who earns more than 40 million euros net per year for all his services to PSG and other companies linked to Qatar, posted on Instagram an extract from the eighth chapter of Paul’s letter to the Romans: “We know that God acts in all things for the good of those who love him, those who have been called according to his purpose.

There is no evil that for good does not come to the theology of Neymar, who suffered a sprained ankle on November 30. It was the fourth injury that prevented him from playing this season and he took advantage of it, as on other occasions, to escape the winter in Paris by secluded himself in the hot hemisphere. Since then, his rosary of posts on Instagram illustrate his life —or the life he wants to project—: poker tables and dance halls, with no lack of crutches and splints. Exactly the kind of images that, combined with his prolonged absences, have made him an object of repudiation in France, where the media and fans redouble their criticism every year.

The dissipation of the star delves into the darkness of his performance since he signed for Paris Saint-Germain in 2017 in exchange for 222 million euros, an unbeaten transfer in the ranking of record transfers. In the five seasons that have followed, Neymar has only participated in 130 of the total of 245 games played by the team. Just 53%. A trend that is accentuated. So far this year, Neymar has missed 50% of the team’s matches and his average goals and assists have dropped to a low: three goals and three passes in 14 games.

Neymar will turn 30 in February. If your muscle power has reached its peak, your body’s ability to recover appears to decline. It was pointed out this Monday by Jérôme Rothen, a former PSG player and a talkative of RMC, France’s leading sports network, outraged at the Brazilian’s long vacation. “How can we accept that from a player who has played half the games since the start of the season and who, compared to other years, scores fewer goals and gives fewer assists?” Rothen wondered. “He is less efficient, he gets older, he gains kilos, he does not lead an adequate way of life to play football in the elite. When you pass the age of 30, the body does not recover the same and if you do foolish things you put yourself at risk in everything “.

A representative figure of PSG’s formidable fans, Rothen expresses an increasingly visible disgust among fans of the most popular club in Paris. The whistles to Neymar in the Park of the Princes have not stopped for a year, even if the owners of PSG, the princes of Qatar, decided to renew the footballer’s contract until 2025.

In his tirade on Monday, Rothen accused Leonardo de Araújo, PSG’s sports director, of consenting to the inadmissible when he allowed Neymar to extend his Christmas holidays until January 9. Only then will the player return from Brazil to begin training with his teammates at the Camp des Loges base, the Saint-Germain en Laye training center, outside Paris.

The doctors who sign the official PSG reports indicated that Neymar would take between six and eight weeks to return to compete, by virtue of the usual recovery averages. If the prognosis is correct, Neymar could play again on January 15 in Ligue 1, against Stade Brestois, exactly one month before PSG host Real Madrid in the knockout stages of the Champions League.