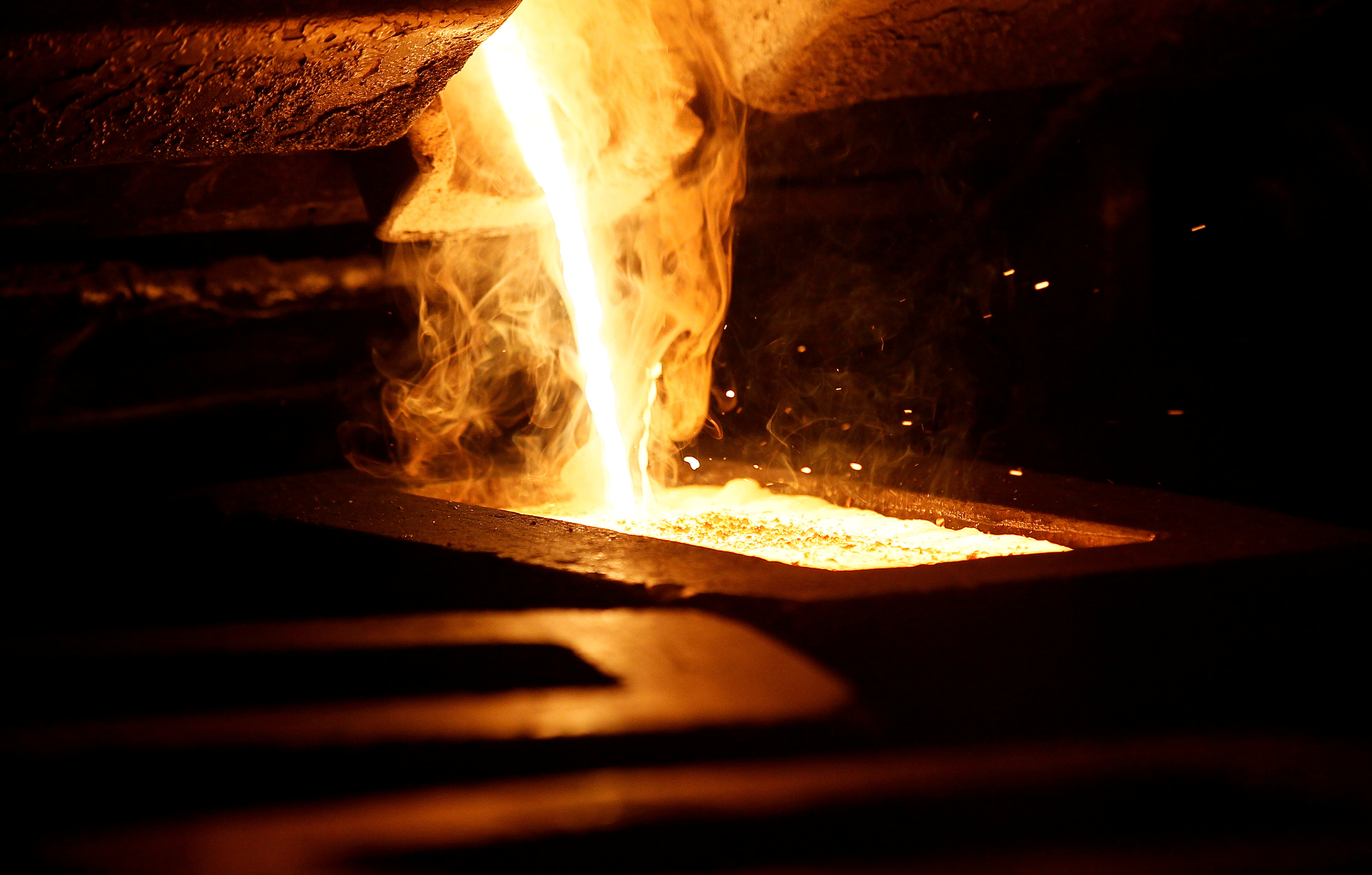 Not all chemical elements in the periodic table have the same relevance to us humans. Among this ordered set there is a handful that are essential for life, many others are necessary to maintain our health and another small group of them sustains our economic and technological system. Without a doubt, among those that have aroused the most passions and caused the most destruction in the recent history of mankind is gold. Their quest fueled by the greed of crowns and conquerors has sparked genocides, massive migratory movements, and their extraction is responsible for one of the greatest environmental disasters in history. But it must also be recognized that the perseverance of alchemists, who for centuries sought the transmutation of other elements into gold, helped set the standards for many of the methods used today in science.

But those stories belong to Earth. In the universe, gold is also special as it is among those chemical elements that occur in unique events. Gold, platinum, and more than half of the elements that make up the periodic table are not forged in the nucleus of stars but in their envelopes or surroundings through special processes called neutron capture. Also involved in its formation is beta decay, which is responsible for the literal change from one type of subatomic particle to another.

Let’s go by parts. In the periodic table, the elements are ordered according to their atomic number, which is the total number of protons, the positively charged particles, which contain the nucleus of each atom. This number constitutes your basic identity fingerprint, which defines you. For carbon this number is 6, if we increase it by just one unit we will have nitrogen and if we increase it by two units the resulting element is oxygen. Hydrogen, which is the simplest atom, has an atomic number of 1. In astrophysics, the history of the elements begins at the Big Bang where all the hydrogen in the universe (a proton) is formed. Much of the helium (two protons) and some of the lithium (three protons) also have their origin in this cosmic event. To form the rest of the chemical elements we need stars and winds.

It is in the stellar nucleus where nuclear fusion occurs, first in a hydrogen plasma, that is, high-density protons at millions of degrees. That’s where they can overcome the electrostatic repulsion that we know two particles with the same charge exert. Thus, in the core of the Sun, 600 million tons of hydrogen are being transformed into helium every second, and they have been doing so, more or less at that rate, for approximately 4,500 million years. This process releases energy that prevents the star from collapsing and causes that if the star has enough mass, increasingly heavy elements are forged, this is with a higher atomic number, first helium and then carbon, nitrogen, oxygen, etc …

We know that if the star is large enough to be able to burn iron (nucleosynthetically speaking) the reaction stops producing energy and it is precisely this event that leads to the explosion of the star as a supernova. Fusion reactions in stars are exothermic (they release energy) until iron is formed. Further on the periodic table, they do not release energy by fusion but rather absorb it. The Coulomb barrier by which two particles with the same charge repel each other is impossible to break for elements with a sufficiently high number of protons. Iron has atomic number 26, it is not located in the middle of the periodic table and most of the elements weigh more than iron, they have larger atomic numbers. So where do the heavier chemicals come from?

Elements heavier than iron are not produced in the entrails of stars (at their core) by nuclear fusion, but are formed by what is known as neutron capture (which can be slow or fast), a type of process that gives origin to most of the known elements. Very high neutron densities are necessary for neutron capture to take place (a neutron is like a proton but with no electrical charge) and a seed nucleus that captures neutrons. This capture makes the nucleus heavier and radioactive (which is similar to calling it unstable) it decays into a stable species located in another position on the periodic table.

We know that slow neutron capture takes place in the envelopes of low-mass stars (those up to 8 times the mass of the Sun), but our calculations tell us that this process only results in the formation of half of the elements. heavier than the iron that we see in the periodic table. The rest, the other half, must come from the other process, the fast one. Slow or fast is relative, as times are. After an atomic nucleus has captured one neutron to become a heavier isotope, the time scale for it to capture another is either slow or fast relative to the process it is competing with, beta decay. Beta decay transforms a neutron into a proton and therefore increases the atomic number of the element without modifying its atomic mass: we have transformed the element, the dream of the alchemists. Slow capture processes can be studied in the laboratory, fast capture processes, due to the speed of the process, not hence the uncertainties with which we work. Let’s put ourselves in a situation, the fast process requires much higher free neutron densities for bombardment than its slow counterpart, in this case we need to bombard with more than 100 trillion (100 trillion trillion or what is easier to write densities of at minus 1020) of neutrons per cubic centimeter and this is difficult to produce under normal conditions. We need special events: explosions, neutron star mergers, or the capture of neutron stars by black holes.

Three environments with sufficient neutron density have been identified to date so that the capture phenomena necessary for the universal concentrations of chemical elements beyond iron in the periodic table can occur. If we focus on rapid capture, which is the one that requires more extreme conditions, we have the explosive event of the supernova itself or the merger of neutron stars. The third way involves the collision of a neutron star with a black hole. As the neutron star is ripped apart by the black hole’s gravitational field, huge amounts of neutron-rich material can be expelled, producing an environment rich in gold, platinum, and generally fast neutron capture elements. It is difficult, if not impossible, for the human gold rush to reach such remote and inhospitable places. But who knows what the future holds, given the endless list of stupid things we’ve done historically for that vile metal.

Cosmic Void It is a section in which our knowledge about the universe is presented in a qualitative and quantitative way. It is intended to explain the importance of understanding the cosmos not only from a scientific point of view but also from a philosophical, social and economic point of view. The name “cosmic vacuum” refers to the fact that the universe is and is, for the most part, empty, with less than one atom per cubic meter, despite the fact that in our environment, paradoxically, there are quintillion atoms per meter cubic, which invites us to reflect on our existence and the presence of life in the universe. The section is made up of Pablo G. Pérez González, researcher at the Center for Astrobiology; Patricia Sánchez Blázquez, Associate Professor at the Complutense University of Madrid (UCM); Y Eva Villaver, researcher at the Center for Astrobiology.