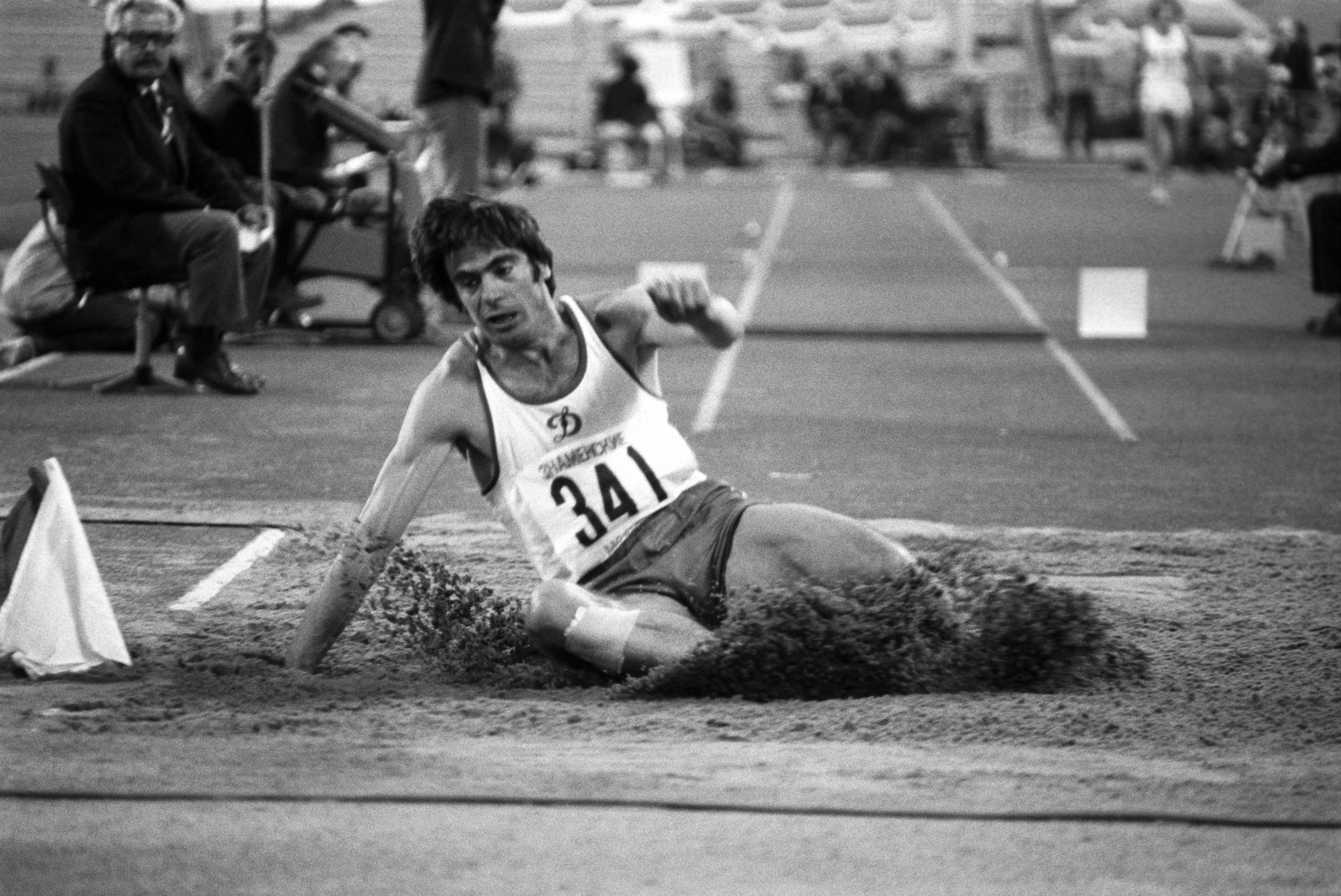 Viktor Danilovich Saneyev, possibly the most successful triple jumper in history, has died in Sydney at the age of 76, victim of cardiac arrest. Born in Sukhumi on the shores of the Black Sea (capital of the self-styled Republic of Abkhazia, Georgia), he defended the USSR team for almost two decades. Clad in his navy blue tracksuit with white trims and the initials CCCP on the chest, Saneyev is, along with illustrious contemporaries such as Ter Ovanessian (European length record holder), Valery Brúmel (height), Vasili Alexeiev (weightlifting) and a long etcetera, one of the great icons of athletics of a time, that of the Cold War and its extension to the world of sport, the times when medals and records gave visibility and symbolized the success of a political and social system.

Viktor’s track record is enviable for any athlete and even more so for those of us who dedicate ourselves to this beautiful and plastic specialty. With its perfect typology for the test; Long-legged, 1.88 tall and 78 kilos, he broke the world record seven times, three outdoors and four indoors, and climbed to the top of the podium at the European Championships eight times (on that time there were no World Cups). But perhaps the most striking thing about his enormous resume is his three golds at the Olympics: Mexico 68, Munich 72 and Montreal 76.

On July 19, 1980, at four o’clock in the Moscow afternoon, the imposing and ironic fanfare of Shostakovich’s Festive Overture announced the beginning of the organizing ceremony of the Moscow Olympic Games held, without a trace of humor, under the slogan “Oh, sport! You are peace.” After the parade and the speeches, Viktor Saneyev, a white T-shirt with rainbow stripes on the chest, stepped onto the tartan court of the Lenin Stadium under the stern gaze, protected by his imposing visor eyebrows, Leonidas Brezhnev and his steel gray suit. , accompanied in the presidential box by the presidium of the Supreme Soviet, by the outgoing president of the International Olympic Committee (IOC), Lord Killanin, and by the head of protocol of the Games and president of the elected IOC, Juan Antonio Samaranch. Neither the United States’ flag nor those of 30 other countries paraded the flag, which at the initiative of Jimmy Carter, the president of the great Western power, had decided to boycott the Games to protest the Soviet invasion of Afghanistan.

It was the great occasion, in the twilight of his life, to demonstrate the superiority of the Soviet system and Saneyev, triple Olympic triple jump champion, was its symbol, and that is why he was the athlete chosen to enter the stadium with the Olympic torch. Everything was ready for Saneyev to leave the Games with his fourth gold medal, equaling the record of the North American disco player Al Oerter, Olympic champion in Melbourne 56, Rome 60, Tokyo 64 and Mexico 68. The production of one had even started. film recounting the life and victories of Saneyev.

A part of the script was fulfilled by damaging the judges to the good of Joao Carlos de Oliveira, the Brazilian world record holder, but the appearance on the scene of his teammate, Jaak Uudmae, ruined what was planned. Saneyev’s fourth Olympic medal was silver. This gruesome part of his history, of which he was sure totally alien, does not have to overshadow his category at all.

As a counterpoint, I have to comment that in the Mexico Games he was the winner with the world record (17.39m) in his last attempt. In that final that may be, along with the men’s weight at the Doha 2019 World Cup, the best of a contest of all time, the world record was broken up to three times by three different athletes: the Italian Giussepe Gentile, the Brazilian Nelson Prudencio and Saneyev himself.

From a technical point of view, Saneyev was the prototype of the so-called Soviet triple jump school that was hegemonic for many years; a long and powerful first jump to the detriment of the last one penalized by the loss of speed in the previous ones and, in the middle, a second “weightless and eternal” jump. The action of the arms was also characteristic of this model when carrying them simultaneously forward and backward. A reference in the way of training and executing, Saneyev conveyed enormous elegance in execution and a certain mysterious halo in his forms. I was lucky to meet him in some test. To say compete would have been presumptuous of me. I attended the emotional tribute that his countrymen paid him in Sukhumi in May 1990 with Perestroika in full swing. With the fall of the System, the prerogatives and privileges of athletes were ruined, Saneyev, my sports idol, humbly demanded the job opportunities that I could have in Spain. Later I found out that the great sportsman, an officer in the Soviet Army, with a degree in subtropical agriculture and a sports reference from my youth, had emigrated to Australia to coach at the University of Sydney.

With him goes one of the greatest athletes as well as a style, an era and a model. Good luck on the last try, Viktor.

Ramon Cid he has been a national triple jump record holder. Olympic in Moscow 80.