Skip to content
Home News “They are going to sign the contract”: the outcome of the ‘Mbappé case’ | The Stringer | The Sanhedrin of El Larguero 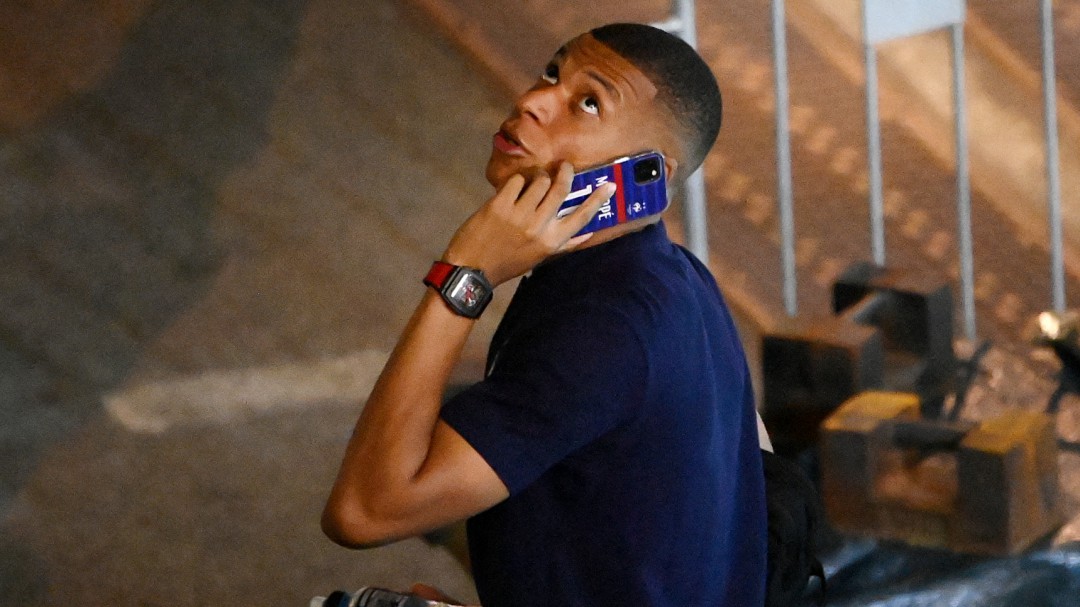 This Saturday, January 1, Kylian Mbappé will be free to negotiate with whoever he wants. On CNN, the French footballer has spoken about his future and the possibility of reaching Real Madrid, noting that in January he will not do so, since he will give everything to win as much as possible in these months with PSG.

In addition, ‘El Sannedrín’ from El Larguero also analyzes together with Álvaro Benito the good role of Militao at the start of the LaLiga season and the increase in positive cases in the competition.

Mbappé is free in a few days

Mario Torrejón: “In the last hours nothing has changed and I would say that it will not change. Everything follows its course and it will not change, they will sign the contract. This has an expiration date that is June and there will come to Real Madrid”.

Javi Herráez: “Nothing is going to change. The decision is firm and he wants to play for Real Madrid. There is a phrase he says in an interview that says it all, which is that in the next six months he will give everything for PSG “.

Javier Matallanas: “I break a spear because of feelings. The reason for coming to Madrid is what he feels for the club.”

Javi Herráez: “Mbappé is going to rival PSG in all aspects, in sports and in the UEFA field.”

Santi Giménez: “I just tell you that hours before August 8, Leo Messi had renewed for Barça. Everything looks like he will go to Madrid, but be careful.”

Is Militao the best central in LaLiga?

Javier Matallanas: “Militao has gone from being a suspect to an exceptional performance. The couple with Alaba are working very well. From there to achieving what Ramos-Varane has achieved is too much.”

Mario Torrejón: “We must not forget Sergio Ramos, because he has been there for many years. Now, the page has been turned and there is no doubt about that.”

Kike Mateu: “For me, Militao is the central reference in LaLiga, I can’t find a better one. I like Araujo a lot, but he doesn’t reach that level.”

Should Atleti – Rayo Vallecano be suspended?

Javi Herráez: “In England the games stop, why not do it here if it is a case like Rayo? One thing is that you are missing six or seven players, but if you have fourteen away the situation is very different “.

Santi Giménez: “Today Iván Balliu, Rayo Vallecano defender, told the media in Catalonia that no one played for him. There are teams that are not interested in getting rid of a game, even if it is in precariousness, that they postpone it and play it later when more important things are at stake. “

Kike Mateu: “What you have to do is not show up for the game. We already saw it at Barça when Guardiola was a player. The game between Rayo and Atleti is manipulated. Five of one team play against twenty-five of another. The limit should be be that of common sense. “