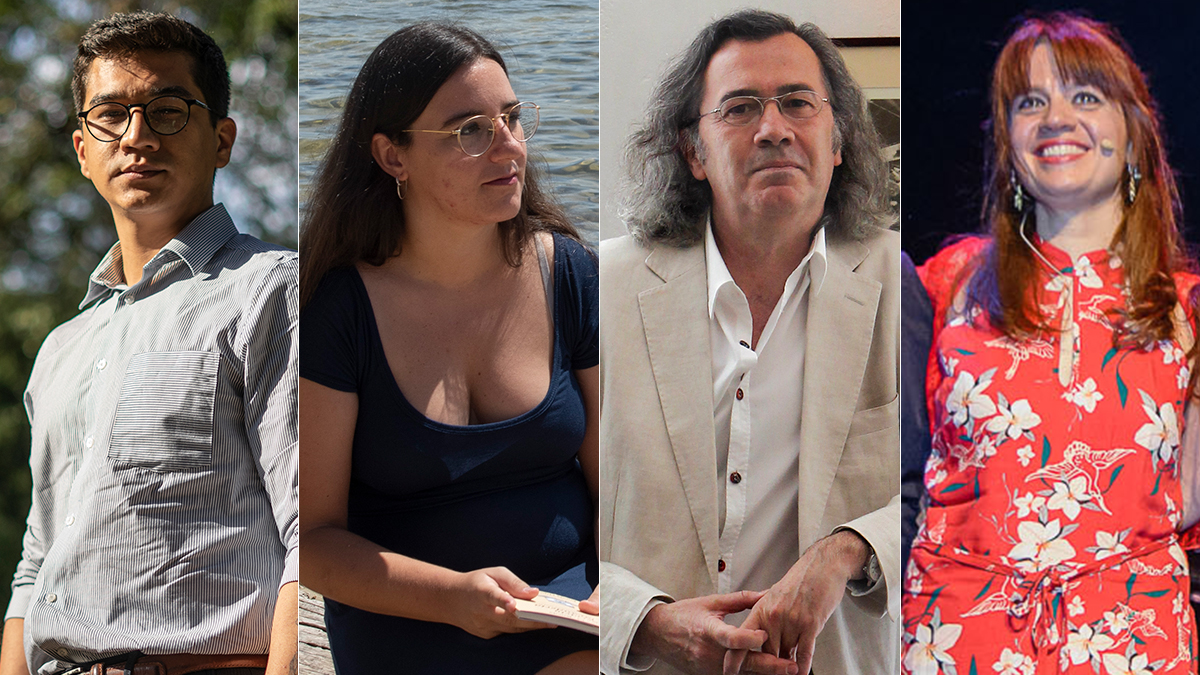 If poetry is the mirror of the vicissitudes that shake us, of the stumbles and emotions that move us, the one that has been harvested in 2021 paints us as vulnerable and passionate as we feared. A tasting in some of the books and awards of poets of different ages, origins and genders this year throws an urgent portrait of the regret of the disease, the care, the evanescence of the body, the exile, but also of the flashes of vitality That light up this stumbling world

“Poetry is like an X-ray: superimposed areas of light and darkness that reveal and hide in equal measure”, describes with scientific clarity Orlando Mondragón, precisely a 28-year-old Mexican doctor and winner of the recent Loewe Poetry Prize with Notebooks of human pathology, to be published in March. Between guard and guard at the Fray Bernardino Álvarez Psychiatric Hospital (Mexico City), Mondragón has found his particular escape valve in a genre that helps him put order in his mind and find direction in chaos. “Poetry stretches language to its limits and this is also what it sets out to communicate: an idea, an emotion or a fact in a non-transferable way. It depends on the trigger that made me sit down and write ”.

And that trigger has taken the shape of a hospital in some of the most applauded collections of poetry in recent months. Just as the Mexican dazzled the Loewe jury with verses such as: “I take my sick man’s hand / to know that I’m still alive”; Begoña M. Rueda also did it when she won another prestigious award, the Hiperión, written from the laundry of the hospital where she works, in Algeciras (Cádiz):

“The military is deployed

throughout the hospital grounds,

getting off a red truck

parked outside the laundry room.

In the afternoon, according to the press,

they seemed to have forgotten about the laundry,

in front of which they parked the red truck

and they got out, armed, strong

as if they could shoot down the pandemic,

we saw them get off

as if the clothes of the infected wash themselves

But Begoña M. Rueda, born in Jaén 29 years ago, does not believe that she is exactly doing the poetry of the covid, but of another “important pandemic that is rarely said: loneliness.” “I try to make a warm garment out of the poem. I write verses like someone who makes crochet gloves, scarves and hats, with every intention of taking the cold out of my readers ”, the young author responds. “I try that everyone who cries silently at the bus stop because they feel they can’t, those who shout against machismo and lgtbiphobia or those who scrub steps and are looked over their shoulders, find in my poetry a little warmth and understanding ”. Rueda writes, in short, because he needs him as others need him — he believes.

Transcending the events to climb towards a reflection, an emotion and a spirit to change reality is the great motivation that Rueda expresses and that is also found in others. Fernando Beltrán now adds the third edition of Healing the world (Hiperión), a collection of poems written practically in the delirium of his illness, which prostrated him for several months in 2020 and whose name he cannot pronounce. “I never name the words covid or coronavirus, perhaps because those are the circumstances and, deep down, what the book talks about is the human being, his vulnerability, his fears, but also his capacity for flight, harmony and beauty ”.

Beltrán, born in Oviedo 65 years ago, believes that people have turned their attention to poetry in these times of pandemic because this genre often starts from the fragility of the human being. “Writing this book helped me overcome the disease. Medicine saved me, but poetry healed me. The poets’ couch are their poems ”, he assures.

“What are whales if not this

that now you see, now I am, this that remains

when there is no more, when you have already died

stranded on any beach, chosen, forced

unexpected, what difference does it make, what else do I give ”.

The poet created the first verses of the book in his head, without a pen, without a notebook, and relied on various metaphors to be able to recall later: the train that he heard surrounding the hospital, the image of the cyclist López Carril reaching the top of the Alpe d ‘Huez almost broken, breathless, as he felt in his prostration; the search for the light that illuminated in the first light of the day the verses “Never / the light of day / so much light …”, which is routinely repeated today to celebrate that he lives. Like Begoña M. Rueda, Beltrán also imagines writing as that way of going to the drawer of scarves, which is also the drawer of cold.

Beyond the pandemic, the harvest of this 2021 also puts on the table other forms of poetry of urgency, such as the one embodied by the Nicaraguan Gioconda Belli in her poem about the pain of exile, to which she has been forced to face the pressure from the dictator Daniel Ortega (see video). And he has put on the table Ioana Gruia, Hermanos Argensola award with The light that turns on the body (Visor):

“Dance, Natasha, dance for us,

feminists with a bolero soul

and with loves of a Russian novel ”.

Thus ends one of the most luminous poems in a book strewn with love, desire and a look at the body so omnipresent today:

“Someone who was not me was moving away

towards a hidden life that is not mine

and yet so much longing in dreams

Someone who was not me loves you too,

and that story begins again

that difficult love that was mine.

That’s why he wants so much to look alike

to that someone I was when you loved me ”.

For Gruia, born in Bucharest 43 years ago, poetry means the possibility of “building a bridge towards readers, a ship where reason and skin navigate, a space conducive to the re-elaboration of those themes that challenge me deeply and daily” . Because bad things are just around the corner, he says, he claims the best: “Because I know pain / I have always been faithful to joy,” he wrote these days. And, in search of the inner order that poetry gives her, she chooses safe havens: “Motherhood, the warmth of friendship, desire as a vital motor, erotic intensity and books, music, art, good conversations. , good food, good wine ”.

All this is in his poetry, as emergent and resounding as those of Mondragón, Beltrán, Rueda and so many poets who this year have shed light in the dark. And that they continue.