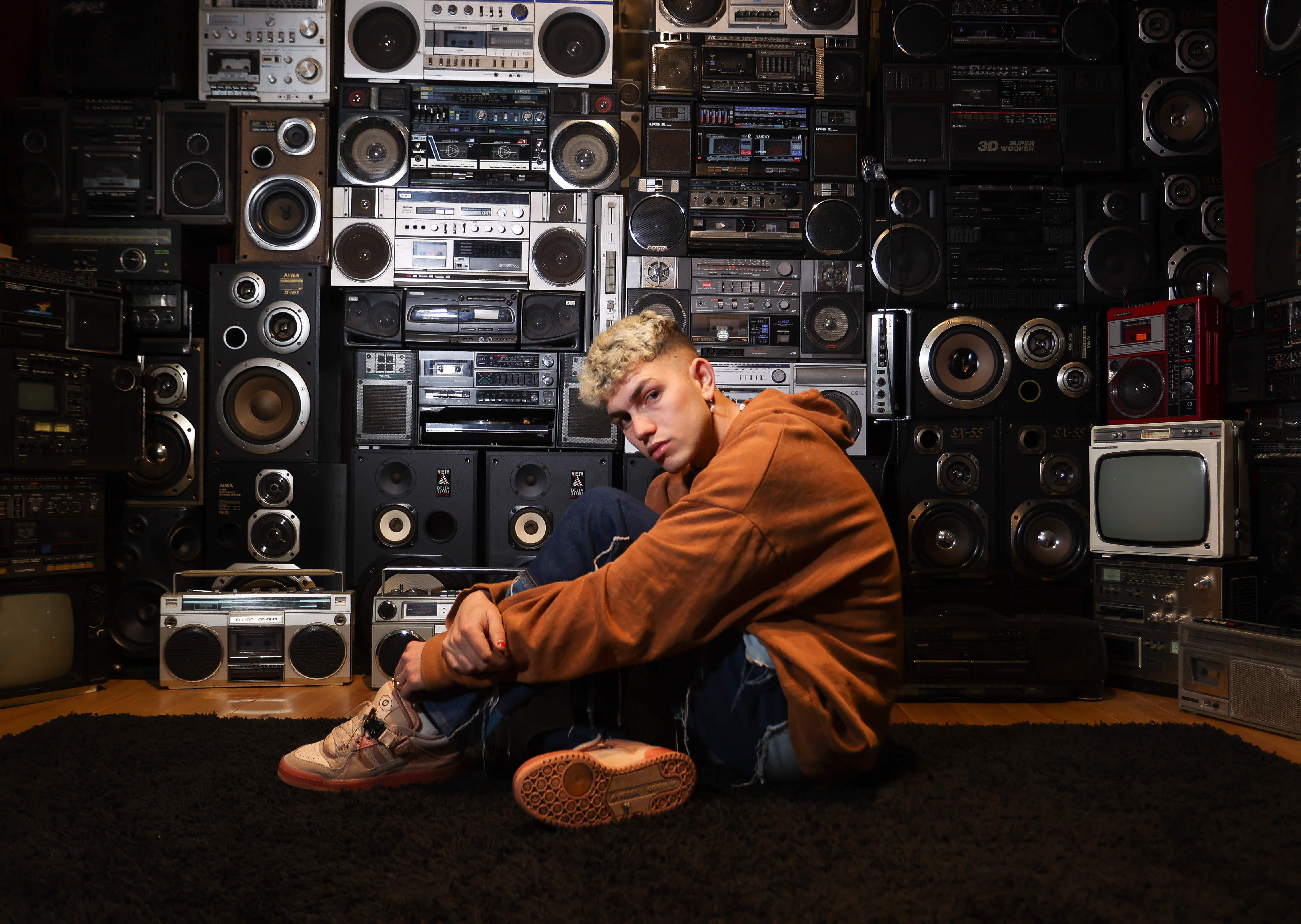 Marc Seguí is 23 years old. When he was 18 he used his Twitter to write some messages that he (and everyone) defined as “despicable, horrible.” “If you look at the word ‘bad’ in the thesaurus, you will get what those tweets mean.” Two of them: “I hope that when I got home from work my mother made me lunch, otherwise I will have to hit her for being a bad woman”; “Obviously if a guy puts on makeup he is a fag, at the stake.” Today, five years after these tweets, Seguí (born in Mallorca in 1998) wears his nails painted red and has become one of the great Spanish pop stars of the moment. Your song Shooting, together with the Latin star and Rosalía’s partner, Rauw Alejandro reaches 250 million views on Spotify; He closed the year as the eighth Spanish musician with the most monthly listeners on this platform (the first is Rosalía), and a good part of his followers are women and gays. Are there second chances? Seguí himself is not clear on this.

“I totally understand the criticism. It is a trauma that I will carry all my life. Now I am the one who has to prove that I am not like that. I am aware of this and that it is going to cost me. I assume that there will be people who always say, ‘This guy has these ideas.’ If you told me: ‘We are going to take the song away from you Shooting and also those tweets’, I would sign it now, I swear, ”the singer gushes in a cafeteria in the center of Madrid. One of her challenges is to create her version, which is this: “At that time there was a lot of talk about the LGTBI movement and feminism on Twitter. And my colleagues and I said: ‘Hey, if everyone is talking about this, maybe if we put negative things a lot of people will jump up and start talking about us.’ The goal was to attract attention and create controversy. If at that time there was another hot topic, then we would have chosen it. But it was this. We were in a room smoking petas. We were asshole kids ”. At that time, Seguí worked as a clerk in a Zara Home in his town, Mallorca. He was not yet into music professionally.

I totally understand the criticism. It is a trauma that I will carry all my life. Now I am the one who has to prove that I am not like that. I am aware of it and it will cost me “

Those messages went viral. Two of his implicated friends were fired from their jobs. Not him, but his boss asked him for an explanation. Like his mother, father, brother … He closed his Twitter account and got under the sheet to wait for the downpour to pass. But it did not subside. It was just a truce. “I lived in fear, because I knew they were there and could go out. Especially when the phenomenon started Shooting I should have given explanations before, but I was a coward ”, he assumes. With the song playing on all platforms last summer and after Seguí condemned the brutal homophobic murder of Samuel Luiz, someone with captures of the messages (he deleted them) publicized them. “The networks rescue homophobic and macho tweets from Marc Seguí,” some media headlined.

I continued to record a video giving explanations: “A few years ago I started tweeting incredible nonsense doing the asshole in order to get attention. He was a kid without knowledge who lived with attitudes and behaviors that were disgusting. I am obviously ashamed that at some point in my life I was able to put things so heavies. I have many things to unlearn. I want to be part of a just society, of which I believe I have been a part of for a long time. The ignorance and the age that I was at that time do not exempt me from guilt and I want to apologize and tell you that I regret it. After this I want to be a better person ”.

A month ago the singer starred in one of the most valued performances at the Los40 awards. He took the stage with a giant teddy bear and dressed in a jacket made with brightly colored pompoms and pink pants. “I don’t dress like that as a strategy. I have always liked colors and all children’s aesthetics. Of course I did not feel what I wrote. And if someone knows me, they will know that I adore my mother ”, he repeats. His first album, which was released three weeks ago, is called Paint and color. The cover is a children’s drawing in pastel tones of a boy in front of his house. The specialized digital medium Jenesaispop awarded it four stars out of five. So says part of the text: “If that [su mensaje de disculpas] was it a forced facelift or an honest statement will be told by their actions in the future and their concrete implications with the LGTBI + community. At the moment you have to judge Paint and color for the music”.

Seguí is one more artist in the productive new Mallorcan pop scene, with musicians such as Dollar Selmouni, Xavibo, Kvinz or Rels B. His father is an urban policeman in Mallorca and his mother is currently unemployed. They separated when he was three years old and he stayed with his mother. “I have never lacked anything at home, but I have never had enough. We are not neighborhood people who have had a terrible time. I live in an urbanization of a lifetime. We have had times in which there has been more money and others in which less ”, he relates.

While his older brother was studying engineering, he asked his parents to stop studying. “My father has been very demanding of me in education. It was hard at times, but now I am grateful to him. He gave me a hell of an education. My mother has allowed me more things, because I am her baby. The two of them have supported me with music and they go to my concerts ”, he affirms. When he left school he began to wash dishes, first in a restaurant in his city and then a few months in a local in London. Upon returning, he found work at Zara Home, where he spent three years, until he decided to risk everything in music. As an example of a musician of this time, his career is a cliché: he hangs a song on a platform and viralization turns it into a massive phenomenon. It has barely given 17 concerts, but it has eight times more reproductions on musical platforms than such established groups as, for example, Vetusta Morla.

He likes contemporary artists like Dollar Selmouni, Sen Senra or Cupido, but he does not disdain the classics. “I love Jarabe de Palo or Loquillo. Much respect to the classics. My father wore them for me when I was little. When I write a song I pass it on to my father before. He is the cotton test, ”he says. Today he has become independent, lives only for rent in Madrid (“but I want to buy something soon”) and helps financially at home. “The bad thing about music is the pressure, the high expectations that people around you have. Here in Madrid I am the Marc Seguí singer and everyone laughs at me, thanks. You have to go home and ask yourself who you are and where you come from. And more when everything goes so fast, as it has happened to me ”.

In January he starts a tour in which he will have to build himself as a live artist. About 50 concerts await you. One of them, in March, is the Lollapalooza festival in Argentina, where he will share the bill with his admired C. Tangana and international stars such as Miley Cyrus, Foo Fighters or The Strokes. All pleasant news that does not neglect its main mission: “My challenge is to show that these messages do not represent me. It’s going to be tough, but I hope to achieve it with my music and my commitment ”.