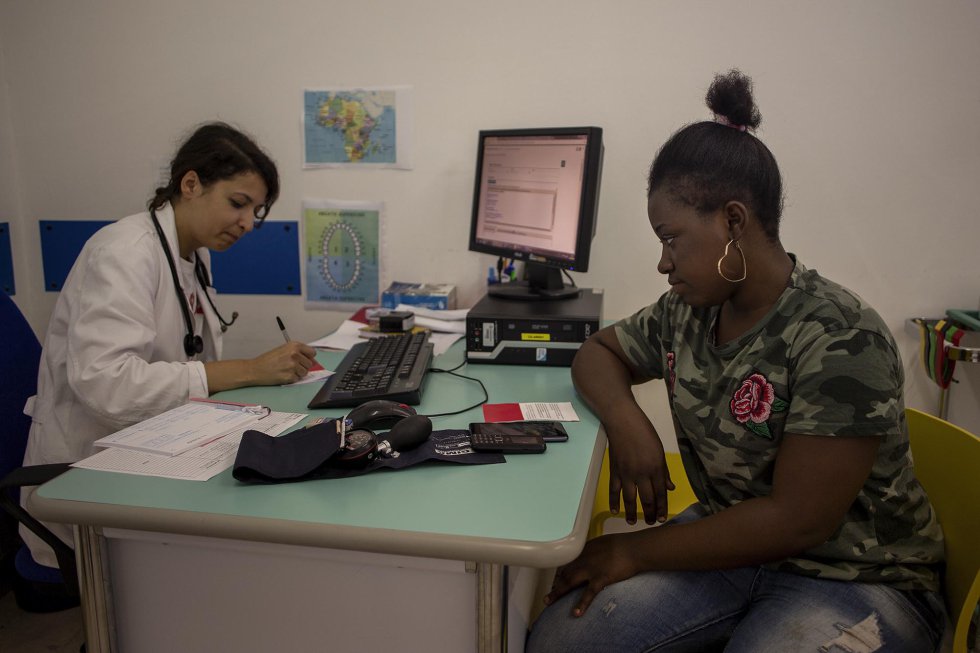 It began as a murmur, apparently isolated health problems that crept into conversations with friends, with co-workers, always confidential. When I suspected there was a connection between them, I began to investigate. Let me tell you some of these stories so you can see what I mean.

Maria is 60 years old. Some time ago he went to the doctor for pain in the sternum area and abdominal discomfort, they prescribed antacids. As the symptoms persisted, she returned to the consultation, this time the doctor asked her about her emotional state — it was not good, of course — and they prescribed anxiolytics. It was months later, after being admitted to the emergency room for a massive heart attack, that her symptoms were found to be cardiac in origin.

Amparo, who is 35 years old, had an episiotomy, that is, they cut her vagina, when she gave birth to her daughter, despite the fact that there was no palpable risk and that she had not consented to the intervention. As a consequence, he suffers from chronic pain and urinary incontinence.

Sara, 40, began to notice serious changes in her menstruation after receiving the vaccine against covid-19. The gynecologist prescribed a phytoestrogen treatment for menopause, despite the fact that her analysis was that of a fertile woman. When Sara commented that she believed the symptoms were side effects of the vaccine, the doctor, in response, raised an eyebrow and snorted.

The truth is that the leading cause of death worldwide among women is heart disease, which, even so, is underdiagnosed and, as a consequence, the probability that a woman has of dying after a coronary episode is up to 35 percentage points more than that of a man. The truth is that the World Health Organization (WHO) advises against episiotomy, an intervention that can lead to serious consequences, but in Spain, as the journalist Ana Requena points out in a recent article, the percentage is 26% in vaginal deliveries , and, although it has fallen from 42% in 2010, it is still absurdly high. The truth is that hormone therapy for menopause has not only proven not to be very effective, but it can also cause breast cancer and increase the risk of bladder cancer, among other ailments. The truth is that recent studies, such as the one being carried out at the Biosanitary Research Institute of Granada, indicate that the vaccine against covid-19 has side effects on menstruation.

Why does this transgression of the Hippocratic Oath occur in medical practice with female patients? María, Amparo and Sara are, you may have imagined, fictitious names, but their stories represent a majority of women who, hopefully, are ignored or verbally abused in the consultations and, without them, become victims of some type of medical malpractice that deteriorates your health. And, while all this is happening, the College of Physicians declared on July 13 that there is no obstetric violence in Spain. How is it possible?

The answer is very simple, but very complicated. Sara and the rest of the women believe that we have a body and that it is also different from that of men. However, the medical community lives in a world where such a body does not exist. And this is so because women have been, and are, systematically excluded from clinical studies and, although they participate in them, in these, data are rarely disaggregated by gender. It is explained by Dr. Carme Valls in her essential book Invisible Women, where he concludes: “It was based on the basis, as in all androcentric science, that studying man already allowed us to deduce that the manifestation, evolution and treatment of diseases were identical for both sexes. This premise has been proven false ”.

This would explain the raised eyebrows in the consultations when women talk about menstruation, or the errors in diagnoses and interventions, because: How can there be violence against a body that does not exist? Elementary, if there is no body, there is no crime. In a recent article in this same newspaper, Professor Cecilia Castaño pointed out that since the First UN World Conference on Women in 1975, countries were required to collect data disaggregated by sex, but 20 years later, the The Human Development Report found that there was little progress. According to a study published in Nature a few months ago, only 4% of covid-19 studies presented this disaggregation.

So, if your name is female, I have news to give you: your body does not exist. Or rather, it exists only when it works as expected, but when it does not, or begins to show signs of weakness, it disappears. And this characteristic of yours, this kind of quantum indeterminacy, which could be very juicy for a science fiction series, not only makes you borderline mythological, it also puts you at permanent risk.

Pilar Fraile is a writer. With his latest novel, Days of euphoria (Alianza Editorial), has won the Castilla y León Critics Award.