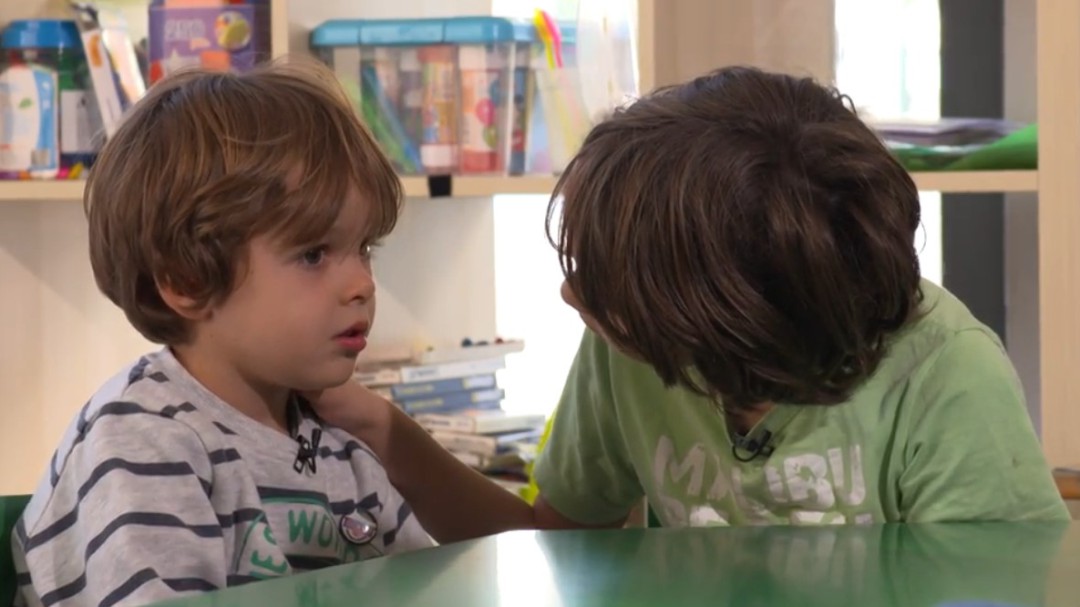 Just two days before the 10-day deadline given by scientists and authorities to declare the eruption of the Cumbre Vieja volcano on the island of La Palma definitively ended, this Wednesday there was an emotional moment in a report from the Program The intermediate.

The program traveled to La Palma to tell the story of the La Laguna public school, which had to move to the Los Llanos de Aridane cultural center after being engulfed by lava.

“The volcano destroyed the school”

“I’m angry with the volcano because it has destroyed a lot of things,” he continues, when interrupted by his 4-year-old brother Nico: “When this is over we are going to have a party and I’m going to shoot the volcano with a shotgun.”

At that moment, his older brother turns to him in an endearing gesture and explains: “Even if you shoot, he’s going to keep pouring lava. Okay?”

After that moment of fraternal complicity, Julio recounted his current situation: “We are with our parents at a friend’s house. We live in a small apartment, but my father is happy because soon we are going to return to my house.”

“The school is made by people”

Mónica Viña, director of CEIP La Laguna, has also explained the situation of the school engulfed by lava. “When we were told that the center had to be evacuated, it was a shock“She pointed out, very excited.” The school is made by people but the space that nature has stolen from us is lacking. “

The president of the Cabildo de La Palma, Mariano Zapata, has announced that if this weekend the eruption can be ended, next Monday lava will begin to be removed from the La Laguna crossing, in the direction of the road that connects Los Llanos of Aridane and Tazacorte.

Mariano Zapata stressed that it is an action “that takes place just two days after the emergency is over, which will be next Saturday, and whose objective is to improve the connectivity of the affected areas as soon as possible.”

Zapata explained that this decision has been a proposal made by the Cabildo yesterday during the Pevolca Steering Committee, “and with which we hope that 100 linear meters can be left open, while the material to be removed has an area of 700 square meters, “he added.

Likewise, the president advanced that the removal of this lava will be carried out by the company Roturaciones Amagar and will have the collaboration of the UME, which will work with tanks, as well as with the material and personnel necessary for it. While the IGN will do it with the drone and with the thermal camera, which will allow the temperature of the lava to be measured at all times.

“In this way we continue to work hand in hand with science, and with experts, to continue to gain ground from the volcano, but always guaranteeing the safety of the palm trees,” Zapata highlighted.