Skip to content
Home News War on plastic, two taxes and free water in bars: why does Spain need a new waste law? | Climate and Environment 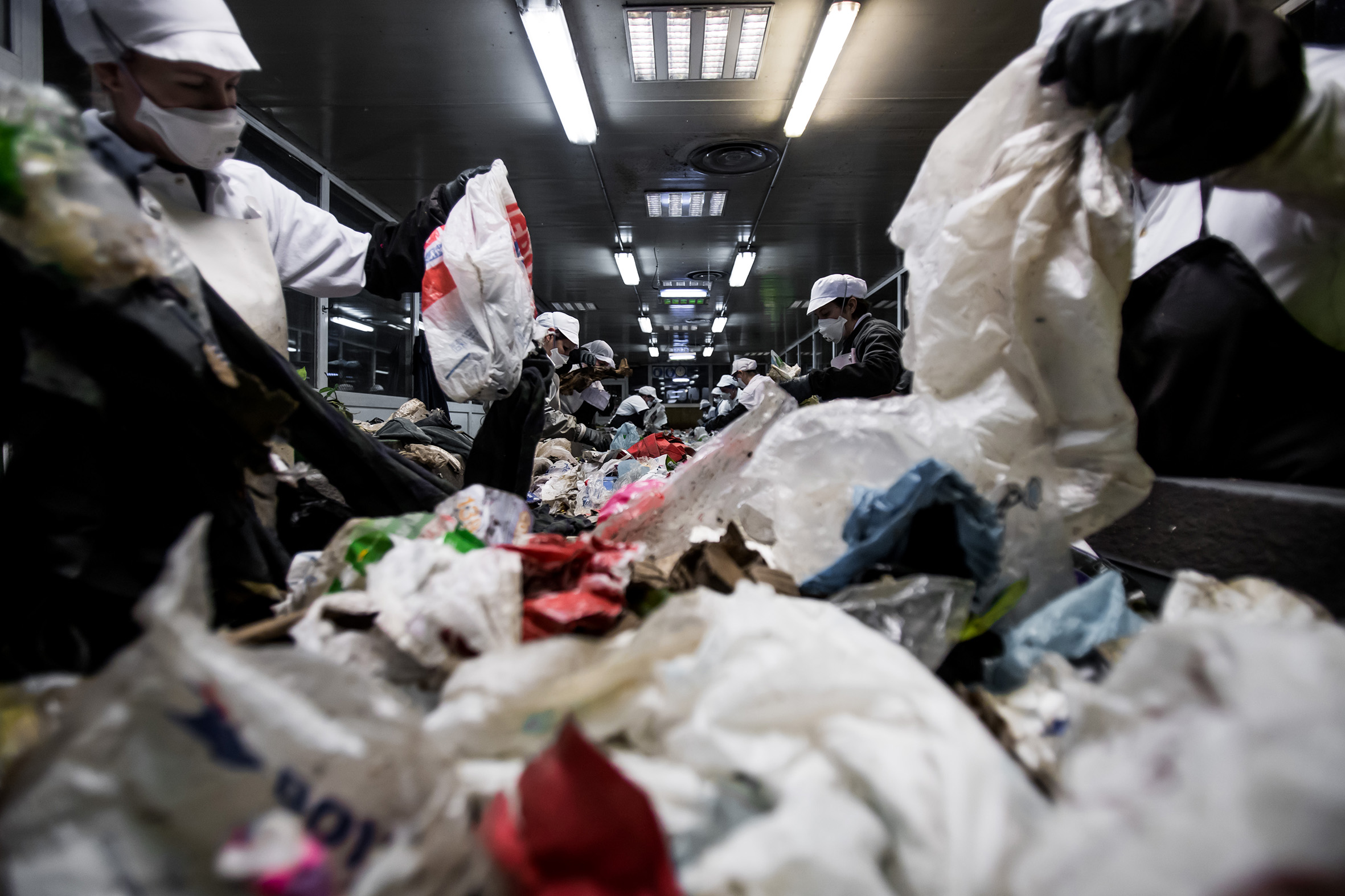 Congress has approved this Thursday the new waste law, which should help Spain straighten the course in the management of its waste. Because the country has a problem with its waste and the deficient treatment of garbage that has been carried out in Spain for years is in the sights of the European Commission. The EU set itself recycling targets for 2020 more than a decade ago: all members should reach that year with a 50% recycling rate for municipal waste. But Spain stayed last year at 36%, according to Eurostat data. Far from loosening on the targets for the next few years, Europe has set even tougher targets and in 2030 they should reach 60% and in 2035 65%.

To try to meet these goals and to incorporate the new European directives on waste into Spanish legislation, this law has been drafted, which includes two new taxes — one to reduce single-use plastic containers and the other to penalize the deposit of waste. waste in landfills throughout the country — which will begin to be applied in principle within a year. In addition, the law will also mean that from its entry into force the marketing of certain single-use plastic utensils such as straws, glasses and plates and the prohibition of adding microplastics to cosmetics or cleaning products will be banned. The norm also contemplates the obligation for bars to offer non-bottled water free to customers, the promotion of bulk sales in large commercial areas and offers legal protection to municipalities so that they can prohibit smoking on the beaches.

The law has exceeded the vote in Congress with 182 votes in favor, 88 abstentions and 70 votes against. The rule has gone ahead thanks to the support of PSOE, United We Can, Citizens, PNV and Mas País, among other parties. The PP has abstained and Vox and the Catalan independentists of ERC, PDeCAT and the CUP have voted against it. Now the rule will go to the Senate for ratification, something that will happen in early 2022 and where a last minute amendment could still be included. Spain is already late in some of the measures, such as the veto on straws and plastic cutlery, which should have begun to be applied in July of this year. But the most worrying issue is the low recycling rates, which the Commission has followed closely for years. Brussels has produced several reports and many of its recommendations (so far ignored) are those contained in this new law, which replaces a 2011 regulation.

In a 2018 report, the European Commission recommended that Spain implement a “harmonized tax system” that deals with the dumping and incineration of waste and that it be operational in all autonomous communities. Approximately 50% of the country’s municipal waste currently ends up in the landfill without the possibility of entering the recycling or reuse system. Only a dozen communities have fees that penalize these practices and waste travels from one autonomy to another avoiding the fees. The new waste law creates a new state tax that levies the deposit of waste in landfills – in the case of municipal waste of 40 euros per ton. The Government estimates that this tax can collect 654.2 million euros per year.

The other tax that will arise from this law will be the one that will tax single-use plastic containers with 0.45 euros per kilogram and that according to the Government will allow the collection of 723.9 million per year. This tax is also an obligation set out in the European directive against plastic pollution.

Juan López de Uralde, deputy of United We Can and president of the Parliament committee that has processed this law, recalls that the rule must serve to “apply European directives.” In addition, in terms of green taxation, Spain is at the bottom of Europe and, far from reversing this situation, it is getting worse. In 2020, only 4.74% of what was collected with taxes came from green fees. This is the lowest level in the last 25 years, according to Eurostat data. Since 1995, this percentage has been decreasing despite the fact that different international organizations have asked Spain to give more weight to environmental taxation in its system.

These two taxes have been the ones that have caused the most problems in the processing of the regulation. On the one hand, ERC, a partner of the Government when it comes to getting most of the laws forward in this legislature, voted against this Thursday. Xavier Eritja, an ERC member of parliament, explains that his party’s rejection is due to the fact that Catalonia has had a dumping fee for 17 years and that its formation does not want to lose powers over this rate. “We do not want to lose the ability to control the canon,” says Eritja. The Government and ERC have been negotiating an exit for days without success.

Finally, the law has been able to move forward thanks to the last minute favorable vote of Ciudadanos. To this has been added the abstention of the PP. The popular ones managed at the last moment to introduce a moratorium for the application, precisely, of the two new taxes, which will not come into force until 2023. Despite its abstention, the PP has been very harsh with this rule and the popular deputy César Sánchez has assured that, if his party governs again, he will eliminate the tax on packaging.

That 2018 report from the Commission also asked Spain to introduce the obligation of separate collection of organic waste – the brown container that some regions are already beginning to impose. The new waste law establishes that as of July of next year, all municipalities with more than 5,000 inhabitants must have separate collection systems for organic waste, in addition to paper, metal, plastic and glass – the localities smaller ones will have a margin until 2024—. In addition, all municipalities must also have separate collection of textile waste and cooking oils before December 31, 2024.

Brussels also recommended in 2018 that binding separate collection targets be set for local administrations. By 2035, “the percentage of municipal waste collected separately will be at least 50% by weight of the total municipal waste generated,” the new waste law now states.

Apart from separate collection and taxes, the new law contains these other measures aimed at reducing the waste that is generated and its environmental impact:

Whenever the issue of waste management is addressed in Spain, a fierce debate arises regarding the possible implementation of systems for depositing, returning and returning containers. While Ecoembes, the entity that represents the interests of producers and supermarkets, defends that the current model for collecting plastic containers – based on yellow containers – works, most environmental groups and various political formations denounce the failures of That model. That is why they ask for the implementation of deposit, return and return systems for packaging; that is to say, that the clients deposit the containers in the store and a small deposit is returned to them when they do so.

The new law opens the door for this system to be implemented for plastic bottles. But it conditions it on non-compliance with recycling targets. In 2023, it will have to have reached a rate of 70% of recycled bottles and in 2027 the goal will be 85%. If these two objectives are not met, the norm establishes that “a deposit, return and return system for these containers will be implemented throughout the territory within two years.”

Carlos Arribas, from Ecologistas en Acción and defender of the deposit system, applauds the inclusion of this model for the first time in national legislation. But he criticizes that it is limited only to plastic bottles and does not include others such as metal or glass.