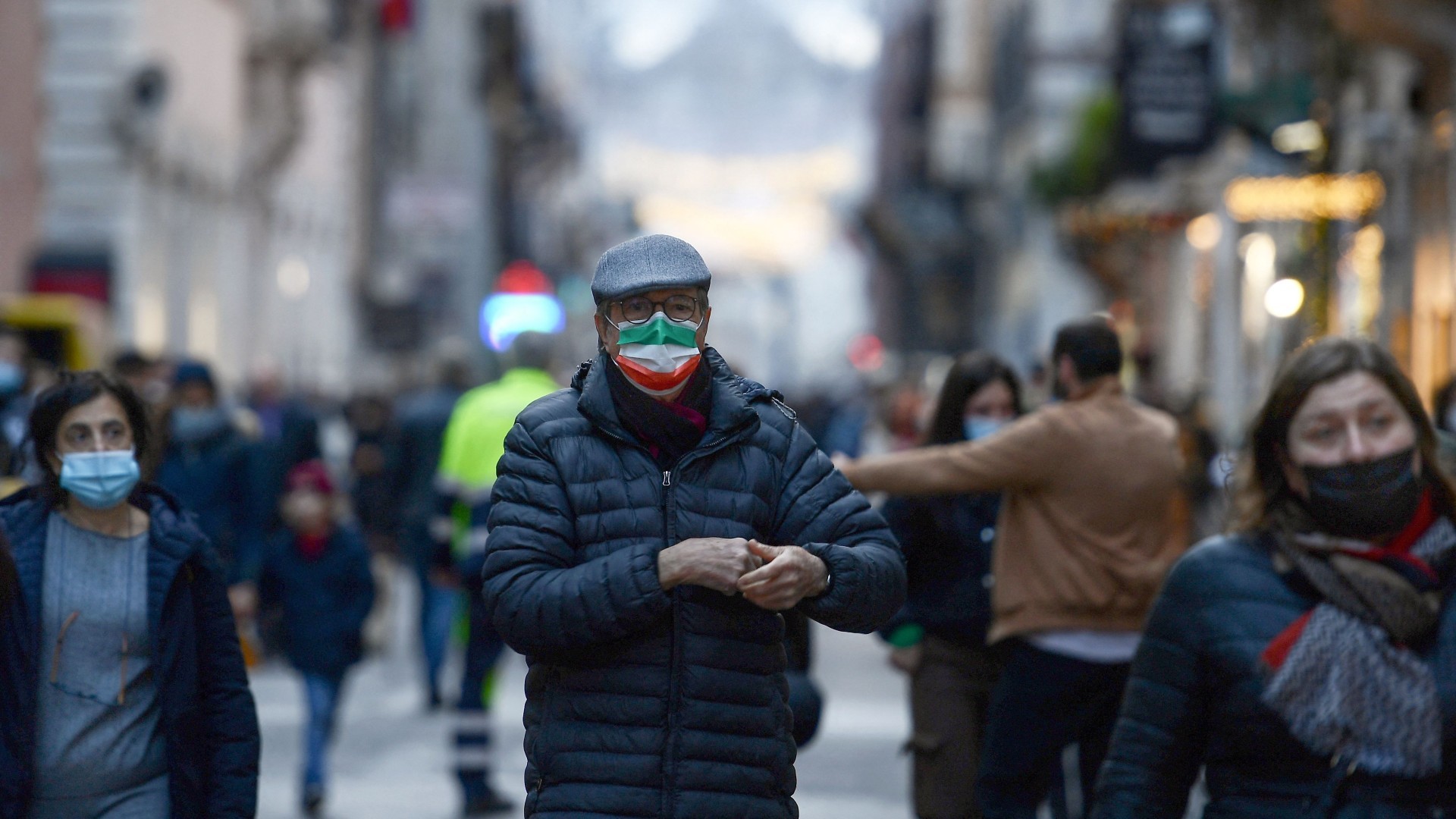 The Italian Government has decided this Thursday recover the mandatory use of the mask in open spaces and close the nightclubs to try to contain the new wave of the coronavirus pandemic, inflated by the omicron strain, which threatens to overwhelm Christmas.

The baptized as “Festivity Decree”, approved by the Government of Mario Draghi, seeks to cut the circulation of the virus especially at leisure during the Christmas holidays. “We are faced with a variant that doubles the number of infected subjects and with a contagiousness markedly higher than what we had learned “, the scientist Franco Locatelli, together with the Minister of Health, Roberto Speranza, warned at a press conference.

All major celebrations forbidden until January 31

The Italian Council of Ministers has decided as the main measure impose the mask outdoors throughout the country regardless of the risk category of each region and it will also be reinforced in cinemas, theaters, sporting events and in means of transport, where the FFP2 will have to be used.

In addition, Italy says goodbye to big New Year celebrations, because it is forbidden until January 31 any party that may degenerate into crowds in the streets and squares of the country, and discotheques, dance halls and similar venues will be closed.

As of February 1, 2022, the health certificate proving vaccination will be valid for a shorter period of six months and not nine as before, and the booster dose will come sooner. The Ministry of Health, once it obtains the approval of its technicians, surely on Friday, it will force its injection to be four months after the schedule has been completed and not five as at present.

The government decree also extends until January 31 the obligation to present the “reinforced” version of the health certificate, that is, only granted to vaccinated or cured, to enter bars and restaurants and to consume at the bar. This type of pass will be a requirement to also enter museums, theme parks, recreational centers, game rooms or bingo halls.

Eating is prohibited in cinemas and theaters

Also I know prohibits eating or drinking in closed leisure spaces such as cinemas, theaters or sporting events, a measure obviously aimed at avoiding a new closure of these places, one of those that have suffered the most throughout the health emergency.

What was finally not agreed, although it was considered, was the mandatory vaccination of all Public Administration personnel, as is already the case in other categories such as doctors, teachers, administrative personnel of schools or police and military.

The new government measures come on the same day that the highest number of infections was recorded since the crisis broke out in February 2020: 44,595 new infections in the last twenty-four hours, according to data from the Ministry of Health.