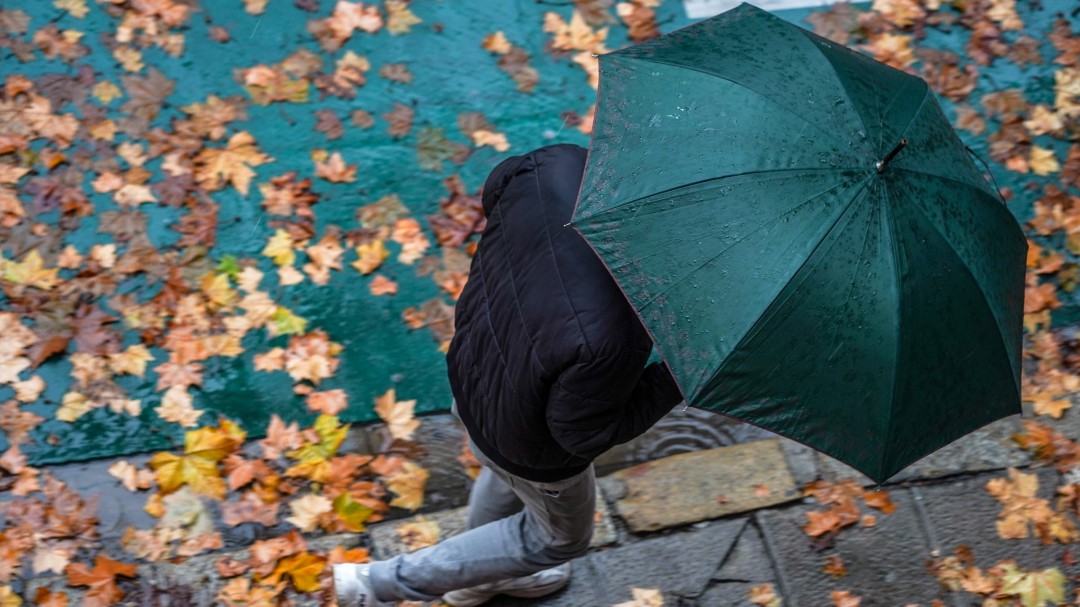 A train of storms will leave on Christmas Eve and Christmas copious rains in large areas of Spain, especially in the west and center of the peninsula, accompanied by more autumnal temperatures than midwinter, and that will oscillate between 19 degrees in Huelva, 17 degrees in Bilbao and the 13 degrees of Madrid.

The high pressures installed in Europe are retreating to the east, leaving free way to the passage of storms whose fronts, driven by temperate and very humid winds from the Atlantic, will leave rains in large areas of the country until the beginning of next week, said Rubén Del Campo, spokesman for the Meteorological Agency (Aemet).

The days 24, 25 and 26 will be “very rainy” with greater intensity and persistence in parts of Galicia, Andalusia, Castilla y León, Extremadura and in large parts of the interior of the peninsula, Del Campo details to clarify that, on the contrary, in the Mediterranean façade, rainfall is expected to be weak and scattered.

This Thursday the rains will already be gaining ground with the advance of a front from the west to the east, and that will leave rainfall in Galicia, Asturias, Cantabria, Castilla y León, Madrid, Extremadura, Castilla-La Mancha and much of Andalusia.

Faced with this situation, the Aemet today activated the yellow warning (risk) in the Andalusian community due to rains in the western half that can accumulate up to 15 liters of water in an hour in the provinces of Cádiz, Huelva and Seville.

There is also a yellow alert for precipitation of up to 40 liters per square meter in 12 hours in the provinces of Salamanca and Ávila (Castilla y León) and in the north of Cáceres (Extremadura).

Regarding temperatures, the maximums will drop this Thursday in general in the peninsula, except in the Ebro valley, leaving more normal values ​​for December; the lows, which tend to rise in the northeast, will be clearly above normal.

By provincial capitals, Huelva will reach the maximum with 19 degrees followed by 11 provinces -Alicante, Almería, Cádiz, Bilbao, Castellón, A Coruña, Girona, Granada, Malaga, Seville and Valencia- with values ​​between 16-17 degrees; in the center of the country, Madrid and Toledo will register 13 and 14 degrees respectively.

At night, the thermometer will read up to 15 degrees in Cádiz and 13 in Murcia and San Sebastián.

On Christmas Eve the parade of fronts will persist, leaving another very rainy day in Andalusia, Galicia, Castilla y León, Aragon, Catalonia, Madrid, Extremadura and Castilla-La Mancha; on the Cantabrian and Mediterranean facades it will also rain, but in a weaker and more dispersed way.

Del Campo has indicated that this day the high temperatures will continue, especially in the Mediterranean where they will be recorded between 18 and 20 degrees, while in the interior of the peninsula the values ​​will oscillate between 10 and 15 degrees; the minimums will continue to be above their usual values ​​for December, with frosts in the Pyrenees.

Thus, Alicante will reach 18 degrees, Malaga and Toledo 16 degrees, Madrid and Palencia 13 degrees, Segovia 12 degrees, Pamplona 11 degrees and only Huesca, the coldest capital, will register 10 degrees that day; at night the minimum will drop to 3 degrees in Teruel and Soria.

Christmas Day and Sunday will remain unchanged with Atlantic fronts crossing the peninsula, thus promoting an atmospheric situation very similar to the previous day with rains and showers almost generalized on the Atlantic slope, more persistent in Galicia and the Central system, and strong and with storms in western Andalusia, the Strait and the Mediterranean coast.

Temperatures will continue with little change, especially the lows that will continue to be above their usual values ​​for December, with frosts only in the upper areas of the Pyrenees and in the Cantabrian Mountains.