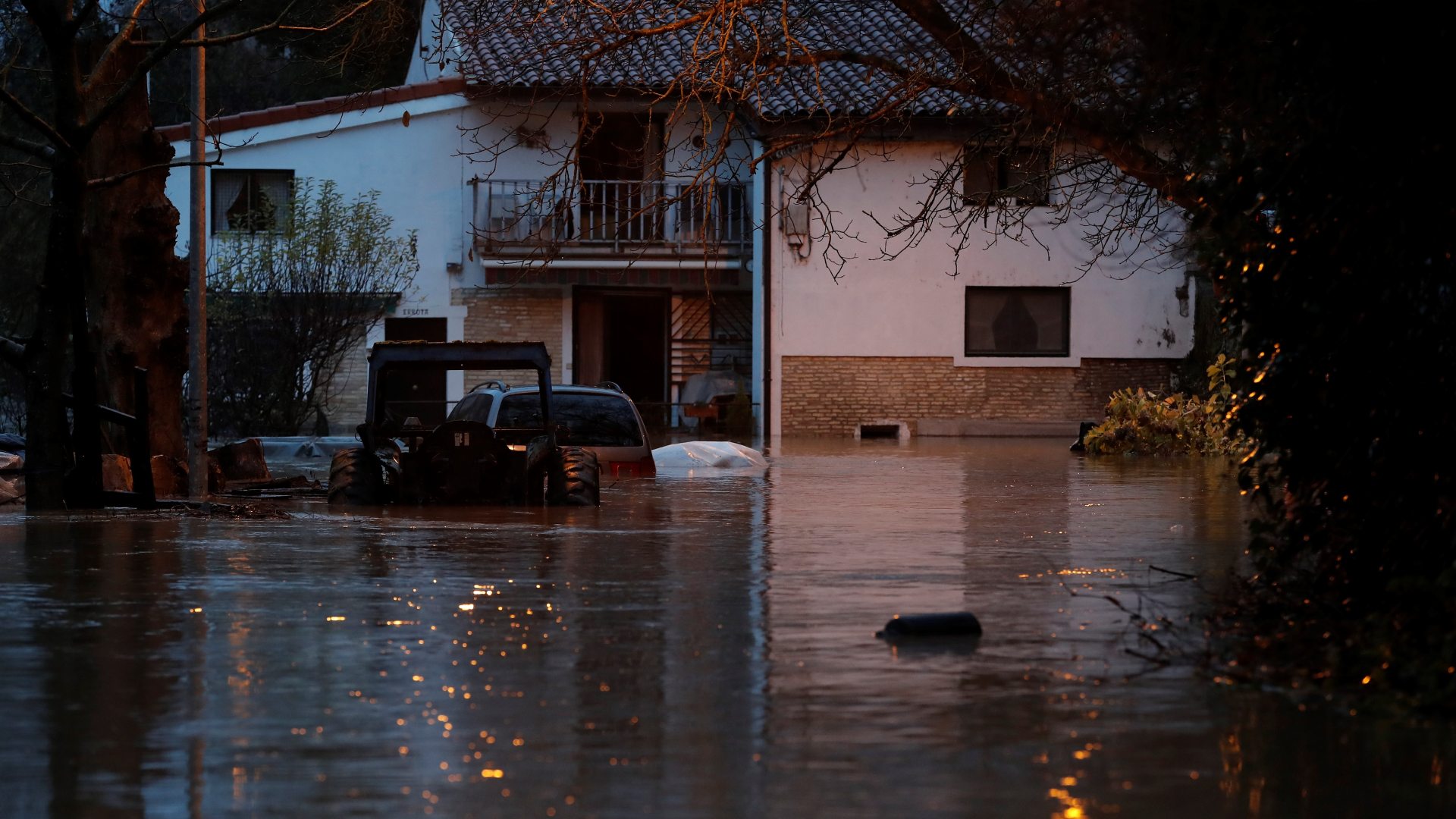 The intense rains that have fallen in the last hours in the north, especially Navarra and the Basque Country, together with the thaw, have caused floods due to the flooding of the Arga, Ega, Larraun, Ezkurra, Urederra and Baztán rivers, which have reached the alert level in the last hours. The Arga river has registered the highest flood in the last two decades in Pamplona after reaching 508 m3 per second, which is, according to the City Council, the highest flow in that course since the records began in 2000.

The The overflow of the Arga river has left streets and garages flooded and roads closed, in areas such as the Pamplona region, in some cases preventing residents from leaving their homes. The Government of Navarra has warned about the “sensitive” situation, “very critical and very extraordinary,” said the general director of the Interior of the Navarrese Executive, Amparo López, and has asked to avoid displacements.

The floods have also forced the closure of many streets and avenues in the Navarran capital, as well as areas of the Landaben industrial estate, to traffic. Traffic is also being affected in various roads, including the A-1 Autovía del Norte, where traffic is being diverted due to flooding in the direction of Pamplona at kilometer 395, along the Olazagutia branch.

The Civil Guard has assisted a woman who was with seven minors in a house that was about to flood in the municipality of Olave. The woman had alerted through the Civil Guard Citizen Service telephone number, 062, that Due to the flooding of the Ultzama River, at kilometer 11 of the N-121, the water was about to reach and flood their home, as well as a carpentry workshop that they had on the ground floor of the building.

In the Pamplona region, public transport has registered numerous incidents, as reported by the TCC company that speaks of generalized delays due to modification of routes due to not being able to access some areas both in the capital and in Burlada, Villava or Huarte.

In the Basque Country, the Mendaro hospital is isolated

A similar situation occurs in the Basque Country, where the intense rains that have fallen in the last few hours are causing serious damage to the roads, as well as the overflowing of rivers such as the Deba, which keeps Mendaro and the hospital in this Guipuzcoan town isolated, has informed the Basque Department of Security.

The greater incidents are being registered in Gipuzkoa, although in Álava and in Bizkaia There are also roads cut by landslides, water ponds and the overflow of the Zadorra river, which keeps the N-622 cut off in both directions at the links with the A-1 in Vitoria, according to Efe.

“▪️ Isolated due to overflows in Euskadi

The Overflow of the Deba, in Gipuzkoa, keeps the entrances to the Mendaro Hospital closed, where firefighters are helping to transport medical personnel and supplies to the center. SOS Deiak “begs” from his Twitter account not to go to this hospital even if there is an appointment

In Mungia, the Ertzaintza rescued a woman and her two dogs tonight after being blocked in their house by the rising river.

The winter weather storm that affects mainly the north of the country puts 14 communities on alert this Friday and Melilla, 7 of them at orange level (significant risk) mainly due to the wind and the rain that is overflowing the course of some rivers.

The State Meteorological Agency (Aemet) reports on its website that Asturias, the Balearic Islands, Cantabria, Catalonia, Navarra, the Basque Country and the Valencian Community are on orange alert. Andalusia, Aragon, the two Castiles, Galicia, the Community of Madrid, the Canary Islands and the autonomous city of Melilla remain on yellow alert (risk) throughout this day.

“Probability #precipitation HIGHER THAN 2 MM expected today in #Peninsula Y #Baleares, from the EPS of the European Center. More info at https://t.co/9PLsmvqyfS pic.twitter.com/LtFZ7PUfm9“

In Asturias the orange alert is for coastal phenomena and waves of between 5 and 8 meters and the yellow alert is also activated for rains of up to 40 liters in 12 hours in Picos de Europa.

The Balearic Islands are on orange alert due to wind with gusts of 90 kilometers per hour in the interior of Mallorca and there is a yellow warning for waves of 2 to 3 meters in Ibiza and Formentera and for wind in Menorca.

Cantabria has activated the orange alert for combined sea and waves of up to 8 meters and is also on yellow alert for rainfall on the coast of up to 40 liters in 12 hours. The Notice at the orange level in Catalonia is for snowfalls up to 20 centimeters thick in 24 hours from 1,100 meters in the Arán Valley and by winds of up to 90 kilometers per hour on the Tarragona coast and strong offshore, but there is also a yellow warning for rain in the Pyrenees and risk of avalanches on the peaks.

Navarra is on an orange alert for rainfall of between 80 and 100 liters per square meter in 12 hours and maintains the yellow alert for snowfalls 5 centimeters thick from 800 meters, risk of avalanches in the Pyrenees and possible thaws.