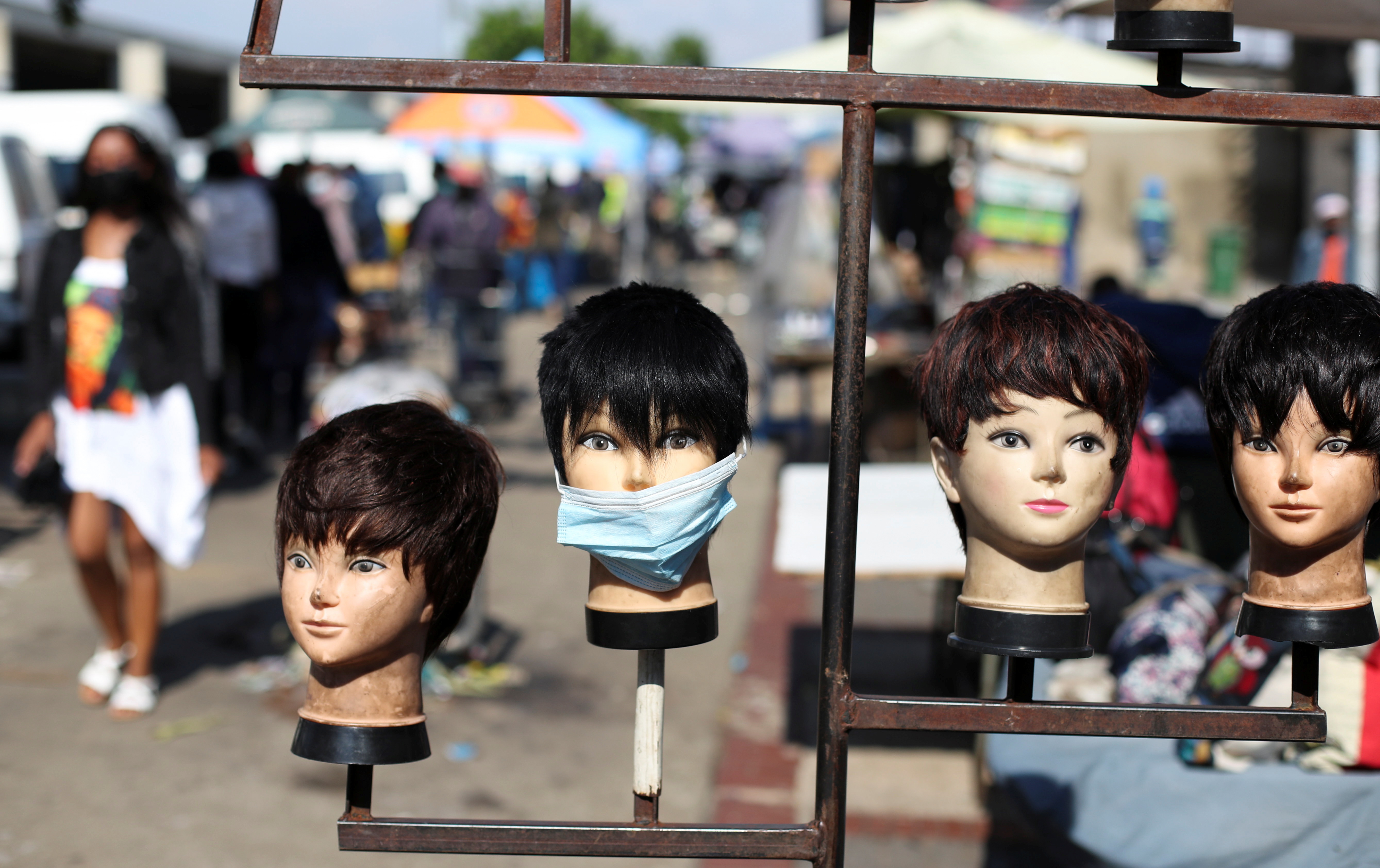 The new variant of the coronavirus detected in South Africa is “Really worrying”, as alerted by the director of the country’s epidemic response center, Tulio de Oliveira. This disturbing version of the virus, which will foreseeably be baptized with the Greek letter ni, “seems to spread very quickly and in less than two weeks it dominates all infections”, De Oliveira has warned, detailing that it already accounts for 75% of the genomes analyzed and it will soon reach 100%. The President of the European Commission, Ursula von der Leyen, has announced this Friday the EU will close its borders to flights from southern Africa.

The coronavirus is simply a 30,000 chemical letter message, with enough instructions to penetrate a human cell, take command, and manufacture thousands of copies of itself. The variant ni, also called B.1.1.529, is worrisome because it has more than 30 mutations in the spicule protein, the virus’s key to open the lock of the human cell. Some of these mutations had already been observed in previous versions – such as alpha, identified in the United Kingdom, and delta, registered in India – and are associated with greater transmissibility and a certain ability to escape the defenses of the human body, both natural such as those generated by vaccines. The National Institute for Infectious Diseases of South Africa reported this Friday that so far no unusual symptoms linked to cases of the ni variant have been detected. There are also asymptomatic infected, as with the rest of the types.

The new version of the virus was detected on November 22 in Gauteng province, whose capital is Johannesburg. It quickly became dominant, but geneticists such as Spaniard Fernando González Candelas are cautious. The variant appeared when there were hardly any cases of covid and in a population with low vaccination figures, which could cause a mirage. “Everything makes its apparent transmissibility very high, but it is not a definitive result,” says González Candelas, professor at the University of Valencia. The researcher calls to be alert to the possible threat, but believes that it is necessary to avoid “acting as if it were already real.”

The biologist Iñaki Comas, from the Valencia Institute of Biomedicine (CSIC), recalls the case of the beta variant or B.1.351, which was also detected in South Africa and set off alarms a year ago. “It was thought that it was going to be similar and it ended up being a very local phenomenon,” Comas emphasizes. “The new variant carries a series of mutations that have been seen before, but not combined. Seeing them together is what elevates it to a variant under surveillance. Not so much because there is data that it is actually more transmissible or it puts the immune system in trouble, but because it could have the potential to do so. Now we have to prove it ”, says the biologist.

The new variant carries a series of mutations that had been seen before, but not combined ”

Many countries, such as the United Kingdom, Japan and Israel, have announced in just a few hours that they will limit air connections with South Africa. British epidemiologist Susan Hopkins, from Imperial College London, said on Friday that the new variant is “the most worrying” to date, in statements to BBC Radio 4. American biochemist Jesse Bloom has published preliminary analyzes that invite you to think that variant B.1.1.529 will be “more successful than anything we’ve seen so far” when it comes to haggling over antibodies.

Bloom, from the Fred Hutchinson Research Center, has stressed on his social networks that this “does not mean that the variant will completely escape the antibodies generated by the vaccine or by a previous infection”, since “many mutations” are required for this and because, in addition, human defenses have other weapons, such as T lymphocytes, white blood cells that destroy cells infected by the coronavirus. As Comas emphasizes, “the immune response is much more complex than antibodies.”

Geneticist Jeffrey Barrett leads a team that has sequenced tens of thousands of genomes at the Wellcome Sanger Institute in Hinxton, England. Barrett has detailed that nine of the mutations observed in B.1.1.529 had already been identified in other worrisome variants. “It has an unprecedented sample of previously seen mutations in alpha, beta, gamma [la asociada inicialmente a Brasil] and delta ”, he explained in their social networks.

Other, unprecedented mutations could make the coronavirus even more dangerous. Barrett cites two changes, known technically as S477N and Q498R, that would “substantially” increase the virus’s ability to bind to receptors on human cells, a theoretical model from the Weizmann Institute of Sciences in Rehovot, Israel, predicted in August. To these mutations is added the N501Y, also called Nelly and an old acquaintance of virologists. “Seeing this combination now, along with all the other mutations, is daunting,” Barrett warned.

Only 24% of South African citizens are fully vaccinated. The director general of the World Health Organization, the Ethiopian biologist Tedros Adhanom Ghebreyesus, already warned in July that variants of the coronavirus, such as the delta, were “winning the race against vaccines”, a defeat that he attributed to “nationalism vaccination ”: the monopoly of vaccination in rich countries, while the absence of immunity in poorer regions facilitates the appearance of new variants. The theory is simple. The coronavirus does not stop mutating, like all viruses: it accumulates about two changes a month in its 30,000 letters. The more infected people in the world, the greater the probability that a more contagious or virulent version will emerge by chance. And each week there are still more than three million new confirmed cases. Adhanom Ghebreyesus has endlessly urged an increase in the rate of vaccination across the globe, citing “moral, epidemiological and economic” reasons.