Skip to content
Home News 2021, the year with the most incidents 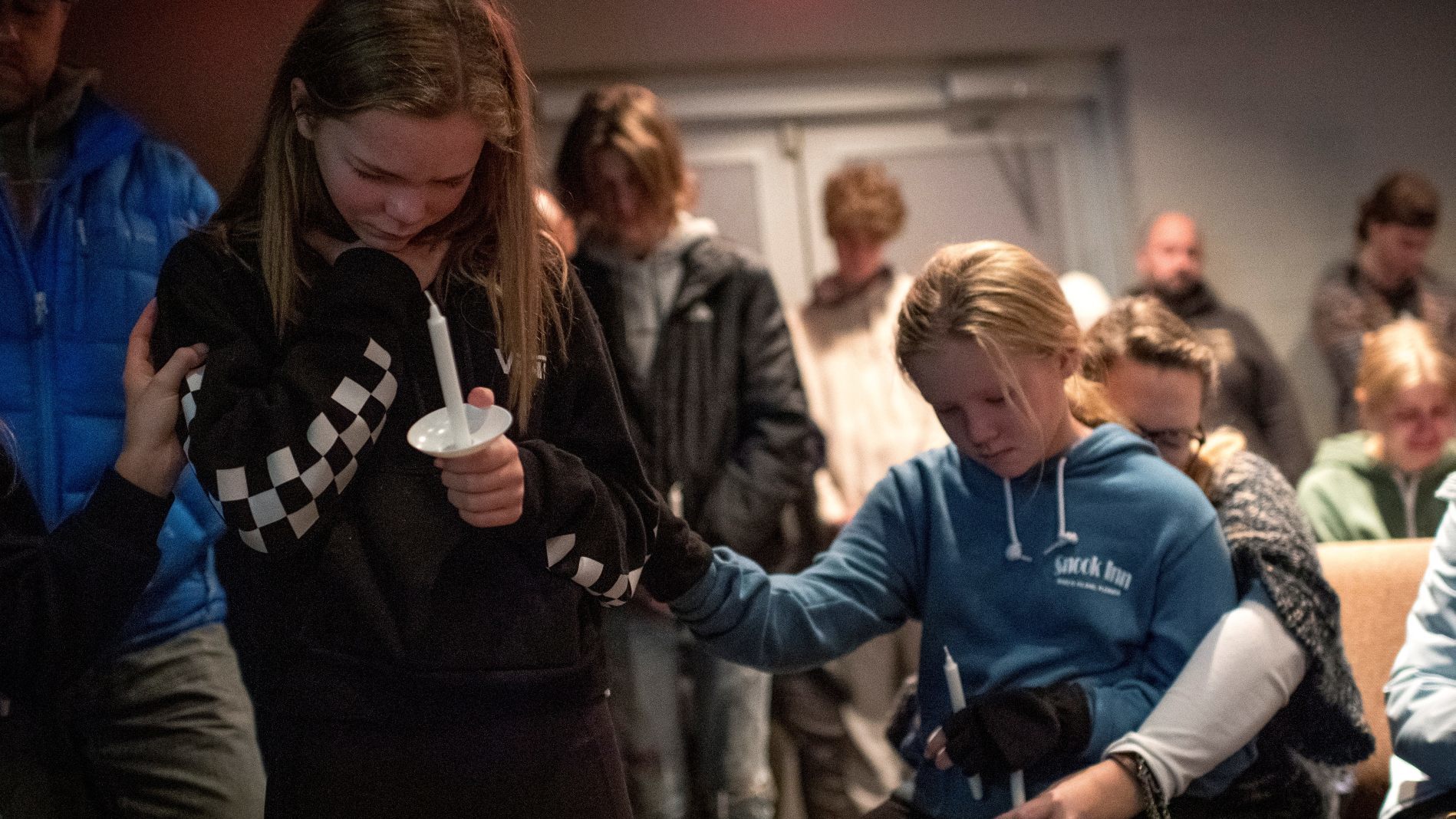 This month they have been fulfilled nine years since deadliest school shooting in recent United States history. The Sandy Hook Elementary School of Newtown (Connecticut) became the bloody scene of the events that on December 14, 2012 ended in the death of 20 children and six teachers.

The then president of the United States, Barack Obama, assured that this fact would be a turning point in the country’s history and that work should begin to end this type of violence. Yet nearly a decade later, the school shootings Not only have they not stopped increasing, but they have tripled.

““Our hearts are broken today.”

On this day in 2012, a gunman killed 26 people, including 20 children, at Sandy Hook Elementary School.

Former Pres. Obama urged the nation to “come together and take meaningful action to prevent more tragedies like this.” https://t.co/6wUdye0ie7 pic.twitter.com/Pt11bT7wCl“

Every year an average of 3,000 minors die from firearms and at least 15,000 are injured. More than three million children are exposed to this type of violence and, although represent less than 1%, mass shootings in schools are the ones that leave in their wake a greater trail of victims.

What is happening in the United States? About every three days an incident occurs involving firearms in the country’s educational centers and at least one person dies a week. Over the course of nine years, the vicinity of these schools has witnessed a increase of events that, according to the latest data, it could continue to increase.

The Sandy Hook massacre, one of the bloodiest shootings

Adam Lanza I was 20 when killed 28 people. The massacre, which began at his home with the murder of his mother, Nancy Lanza, moved to Sandy Hook School and, after eleven minutes of indiscriminate shooting with whom he married 26 other deaths, he committed suicide.

Six teachers died on the spot and, of the 20 minors, 18 died in the center and two, once hospitalized. It is the shooting that has left the most victims in a school primary or secondary school in the United States and thus far, overall, the fourth deadliest perpetrated by a single person.

As Obama anticipated, this attack was a before and after. The former Democratic president launched a new proposal against the sale and use of weapons, but was denied. However, this initiative has not fallen on deaf ears and more and more people have joined in the fight against gun ownership.

Thus, Michael Bloomberg, former mayor of New York and founder of the anti-gun lobby group Everytown, created the project Everytown for Gun Safety with the intention of tracking all events involving firearms that have occurred in the vicinity of American educational centers.

Firearms incidents by states and cities

What is the map of school shootings in the United States? Generally, the states that are located in the eastern half of the country, which are at the same time of the most populated, are the ones that register the most incidents every year. The case of Texas, Georgia, Florida y California which, both globally and annually, are usually the states that have documented the most events between January 2013 and December 7, 2021.

On the other hand, New York and Los Angeles are the most populated cities in the country, but they are not the ones with the most cases. Atlanta (Georgia), even though it is not one of the most populous cities in the US, It is the one that has documented the most cases in this time, in total 12. Chicago (Illinois) and Columbus (Ohio) follow with 10 each. The cities Charlotte (North Carolina), Philadelphia (Pennsylvania) and Dallas and Houston (both in Texas) registered 9 cases.

Deadliest school shootings and schools with the highest incidence

The school shooting of Sandy Hook is known as the cruelest in US history because its main target was children aged six to seven, but it is not the one that has left the most victims. Far from what could be expected after a tragedy like this, the country’s colleges and institutes have continued to be the battleground for more shootings.

The first six months of 2018 they were especially tough. The United States suffered the bomb attacks in Austin (Texas), the attack on the newspaper The Capital and the earthquake that shook Hawaii, and this wave of misfortunes was added some of the largest school shootings in history.

In February, the massacre of instituto Marjory Stoneman Douglas de Parkland (Florida) left 34 victims and became the school shooting with the highest number of victims. Nikolas Cruz, a 19-year-old former student who had been expelled for disciplinary problems, perpetrated the eighteenth shooting of the year, killing 17 people.

Just three months later and relentlessly, a 17-year-old student broke into the Santa Fe Institute of Texas and charged his companions. Before turning himself in to the police, he killed ten people and seriously injured 13 others.

Faced with a wave of gun violence in American schools that does not seem to be quenching and on the occasion of the ninth anniversary of the Sandy Hook shooting, the president of the country, Joe Biden, has promised “keep pushing” to combat armed violence.

“Nine years ago today, we lost 20 precious first-graders and six heroic educators at Sandy Hook Elementary School. As a nation, we owe the families of Newtown — and all the other victims of gun violence — more than our prayers. We owe them action. pic.twitter.com/rfLywlcZUa“

However, the reality is that school shootings are a fact and more and more children are being exposed to them. According to a CNN study, between 2009 and 2018 they gave at least 288 school shootings Americans, which means 57 times more cases than in the rest of the industrialized nations combined.

On the other hand, the events that Everytown collects range from homicides and non-fatal assaults, to unintentional discharges and, to a lesser extent, self-harm and suicides, and there are at least 44 centers that since 2013 have accumulated more than one.

This is the case of the university Grambling State of Louisiana, which has recorded up to seven incidents in the last nine years. In total, they have caused three deaths and 15 injuries. In all cases, the violence has been carried out against specific people whom the attacker had faced, and on two occasions against law enforcement officials.

Cases according to the intentionality of the attacker

With the aim of building a national database of all the scenarios that relate to the use of weapons, Everytown’s research classifies incidents based on the intentionality of the attacker, that is, if he intended to hurt other people, himself himself, if it was an accident, and so on.

Between January 2013 and December 7, 2021, 795 events have been registered and more than half (406) were started with the aim of attacking other people. The most recent case is that of the Oxford Institute in Michigan where Ethan Crumbley, a 15-year-old student, killed four people and seriously injured eight others. Has become the Deadliest school shooting since Parkland massacre (Florida) in 2018.

Another less common cause is usually legal intervention, that is, when a police officer fires his gun at a person, either to stop her or to end her life, in the facilities of an educational center. In the case of wanting to end an act of violence without injuring the perpetrator, usually the police shoot in the air or at the vehicle in which you travel. However, this is not always an option.

In November 2016, at the Ohio State University, Absul Razak Ali Artan crashed his car against a group people and then stabbed 11 more with a butcher knife. An agent stopped the massacre killing the 18-year-old student.

Other frequent scenarios are usually accidents or events of Unknown cause. For example, in 2021, out of 149 recorded incidents, the police do not know the intent of 34 and another six have not been classified. Generally, those cases in which the security forces they have not been able to identify the perpetrator or there is no conclusive evidence.