From the gorgeous scenery to the rich history, Scotland has so much to offer to visitors.

The Scottish culture and big personalities of the people throughout the country are amongst the many unique and appealing aspects of our bonnie wee bit of land.

But if you dive a little deeper, you may find out about things you did not already know.

Whether it be Nessie’s lesser-known counterpart Morag or William Wallace’s real nickname, Scotland’s history is full of surprises.

Not to mention the facts about our iconic ginger hair…

To celebrate all things Scottish and quirky, here are some of the best hidden facts about the country…

1. Scotland’s national animal is a unicorn.

Because mythical creatures can be national animals too, you know.

2. Scotland has the highest proportion of redheads in the world.

Around 13 per cent of the population has red hair.

3. Scots are more likely to have blue eyes than people in the rest of the UK.

The South East of Scotland has the highest proportion of blue-eyed residents at 57 per cent.

4. Imports of haggis to the US have been banned since the 70s.

All the more for us!

5. Scotland is home to the world’s tallest hedge.

It is located near Meikleour on the A93 Perth-Blairgowrie road. The hedge is over 1,700 feet in length and 100 feet high.

6. As well as a giant hedge, Scotland is home to one of Europe’s oldest trees, Fortingall Yew.

7. The Scots invented golf with St Andrews considered as the ‘home of golf’.

The sport has been played there since the 15th century.

This large and elusive female is said to have attacked two fishermen in August 1969. They saw a creature described as around 30ft long with rough brown skin, three large humps and a snake-like head. Loch Morar is even deeper than Loch Ness, more than 1000ft in places.

9. The shortest commercial flight in the world is in Scotland.

The journey from Westray to Papa Westray in Orkney is approximately 1.5 miles long and takes just 47 seconds.

11. The first International association football game was played in Partick.

The match was between Scotland and England in 1872 and was played at the West of Scotland Cricket ground in Partick.

12. But football was originally banned by King James I.

He decreed that Na man play at the fut ball, in the Football Act of 1424.

Luckily, it fell into disuse and Scotland became home to one of the most heated rivalries in world football – the Old Firm derby between Rangers and Celtic.

13. The longest echo inside a man-made structure was recorded in Inchindown tunnels, a WWII fuel-storage facility near Invergordon in Ross-shire.

Researchers from Salford University fired a gun down the tunnels, recording a record-breaking 112-second echo.

14. There are as many people with Scots heritage living in the US as in Scotland.

15. ‘Braveheart’ was actually the nickname of Robert the Bruce and not William Wallace.

Despite this, Mel Gibson used the name for Wallace in his Hollywood blockbuster.

Just one per cent of the population uses the last.

17. Edinburgh was the first city in the world to have its own fire brigade.

18. The deepest loch in Scotland is not Loch Ness.

It is, Loch Morar, which reaches 1,077ft (328m) down and is ranked the seventeenth deepest lake in the world.

19. The small Scots town of Bonnybridge has become the UFO capital of the world.

The town has more than 300 sightings of Unidentified Flying Objects reported every year.

See also  ELECTIONS IN CHILE: Kast and Boric, 28 days to achieve the objective in Chile: unite the political center | International

20. The Scots invented the modern world.

John Logie Baird created the world’s first TV picture on October 2, 1925 while Scotsman Alexander Graham Bell invented the telephone in Boston in February 1876. Where would we be today without this technology? 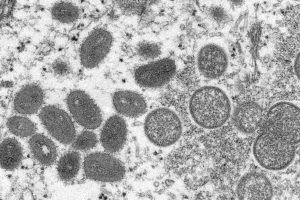