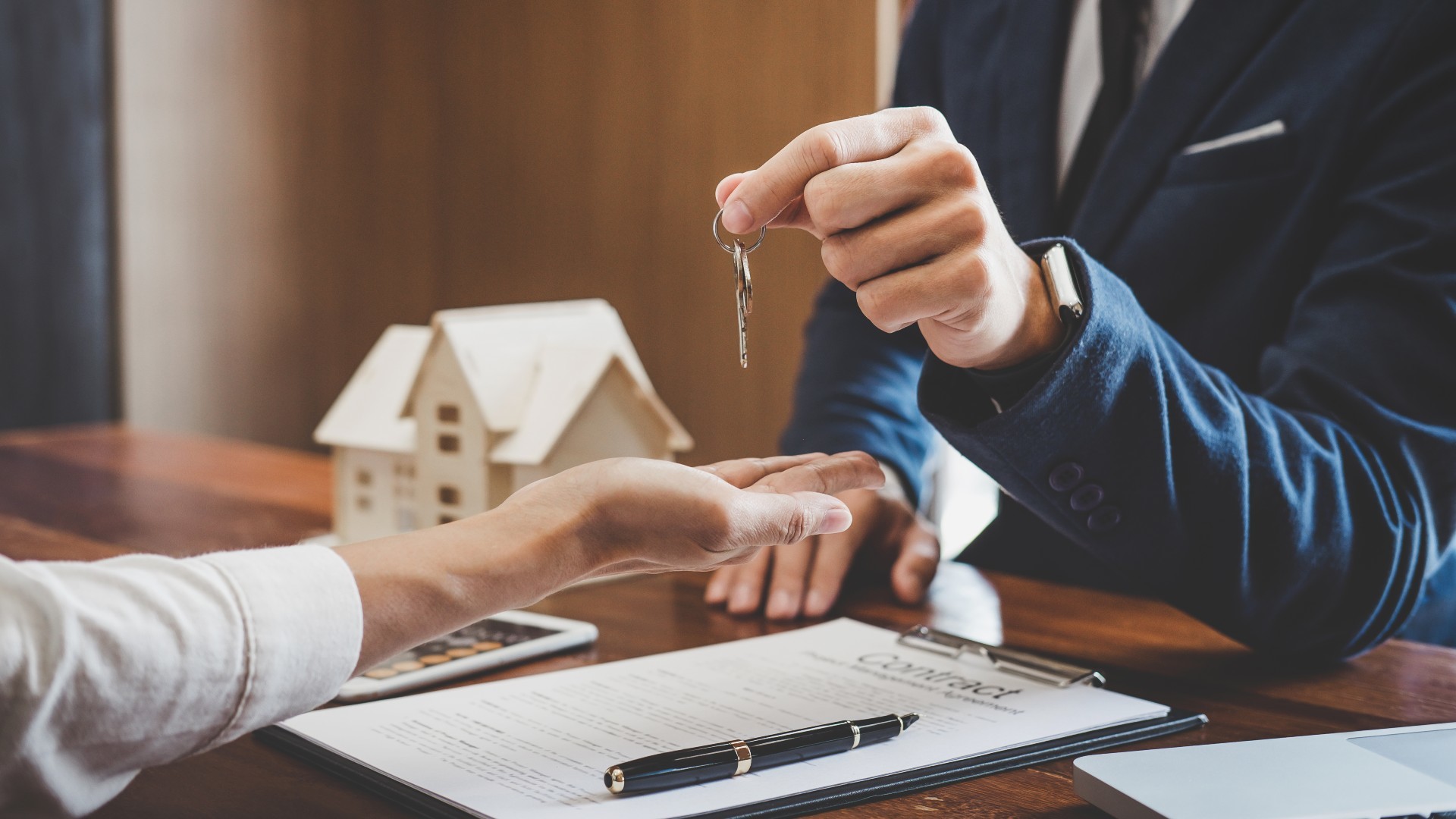 In 2005 in Spain they only talked about housing. At that time, it was relatively easy to get a mortgage from any entity for 100% of its acquisition cost and, in some, even for a higher amount. This credit facility led many families to go into excess debt and, after the so-called real estate bubble burst in 2008, to lose part of the properties they had acquired, being left without their main source of income due to the bankruptcy of many businesses and the increase in unemployment.

Thirteen years later, the real estate scene in Spain is far from what it was then. Today, banking entities have tightened their conditions and supervisory bodies such as the Bank of Spain or the European Central Bank (ECB) exercise greater financial control over these types of operations. However, some of those practices that led Spain to go through one of the worst economic stages in recent history -with permission from the COVID-19 pandemic-, reappear and this Stoke fears of a repeat of a similar crisis to then.

“The bank has a propensity to return to previous vices, we say it with complete clarity and we see it again and again ”, assures RTVE.es the president of the Association for the Defense of Consumers and Users of Banks, Savings Banks and Insurance (ADICAE), Manuel Pardos, who among other practices alludes to the granting of mortgages with a loan to value (LTV) -that is, the percentage of financing with respect to the total acquisition value- above 80%, which is the maximum recommended.

The reappearance of this type of operation occurs in the midst of a rise in housing, which in September registered its best month in nine communities since the 2008 financial crisis – exceeding in one of them, Catalonia, even the data for that month of 2007- and that is explained by the low interest rates and the increase in savings after the confinement, at all-time highs.

And it is that financial institutions have seen in the boom that lives the purchase of houses and, specifically, in the granting of mortgages, the new hen that lays the golden eggs with which they try to improve their accounts, devalued after the COVID-19 hit. Without going any further, in September the granting of mortgages approached numbers not seen in a decade, according to data from the National Institute of Statistics (INE), which shows a greater willingness of the bank to grant it.

“Dangerous” and “not recommended” operations

Banco Santander, through a pilot project, has been one of the last entities to grant financing of up to 95% to young people under 35 years of age with solvency capacity, but without enough savings to buy their first home. To acquire this product it will be necessary to provide a personal guarantee, the value of which will depend on the amount of the operation, which will expire five years from the formalization of the mortgage.

“In the market, you play with the appraisal value and the sale value. A high financing can be explained if the appraisal is higher than the sale value, for example by 2% ”, explains to RTVE.es the director of mortgages of iAhorro, Simone Colombelli. That is, if the appraisal company indicates that the value of a home is 100,000 euros, and the acquisition price is 80,000, this may lead the future owner to get that amount, since it represents 80% of the total established cost .

It is also common to find 100% financed operations in the purchase of real estate of bank origin, that is, those homes that after the outbreak of the crisis went to the corresponding financial institution due to non-payment. “Banks have huge portfolios of flats that they intend to sell out and they usually do so at competitive prices and with mortgage conditions that another entity that did not have it on its balance sheet would never offer,” says Colombelli. In addition, there are insurance companies that guarantee an amount of mortgage financing, 15 or 20% up to 95 or 100%, respectively, for a certain amount of money.

However, all the experts consulted by RTVE.es warn of the risks that this type of operation entails, which are “dangerous for the bank itself” and “not recommended” for future owners, warns Pardos, since entail a prolonged indebtedness over time or less favorable conditions, and that sometimes “may even engage in fraudulent practices”, if the figure of an intermediary is required.

The case of financial intermediaries

The president of ADICAE refers to those companies and individuals who are dedicated to intermediating between the client and the bank directly, practices that in the first case are mostly allowed by the Bank of Spain, but that are not allowed in the second. so much. “Many of these brokers what they do is achieve that 100%, not with a mortgage, but through a loan; He gives it to the potential buyer and the entity does not find out. Thus, this capital is presented as a contribution to the operation and that is what allows you to reach 100% “, explains the director of mortgages of iAhorro, who in turn points out that” it is not advisable “since it is not” ethical nor completely legal ”.

“We do not enter into this type of practice and, in general, the bank is increasingly attentive and more careful with this type of operations,” emphasizes Colombelli, who also assures that what many entities have done is reduce the number of partners, due to the problems they have generated. “And if the bank catches a broker that applies this type of practice, I can tell you with complete peace of mind that They will block you and will not allow you to present operations to the entity again, since this type of operation has a much higher level of delinquency and the risk for the entity is significant ”.

Along the same lines, the president of ADICAE denounces that these practices “should be expressly and totally prohibited” and calls on the supervisory bodies to act to a greater extent to eradicate them. “The mortgage market law, which came into force in 2020, first tried to defend the rights of consumers around the floor clauses or IRPH, that is, the methods that the Spanish banks had used, completely questioned by the European Court . Thus, it puts order in some points, but in others, such as 100% mortgages, it is more ambiguous, since it does not expressly prohibit them, although it does give recommendations, “he adds.

Precisely in one of the great real estate events of the year, the Madrid International Real Estate Exhibition (SIMA) in autumn, it was possible to find companies dedicated to the termination of mortgage loans. “Just like you take out the mortgage from an entity or through a promoter, we what we do is mediate between the client and the bank directly. And we get better rates and better conditions ”, a financial advisor explained to RTVE.es, who with the slogan“ Never fulfilling your dreams was so easy ”invited the future owner to acquire their services.

On the other hand, young people also attended the fair in order to find a more attractive mortgage than those offered by their bank. “We are fighting a bit to see if we scratch and improve the offers we have”Nerea and Mario, 27, told us that they had bought an off-plan home and were in full search of financing.

However, the experts consulted assure that operations with an LTV of 80% and even 70%, in which a prior contribution of 20 or 30%, respectively, must be given, are still the most common. “There is no decided trading bet by any entity for this type of 100% financing because, indeed, this is an operation that is not generally prudent, “Santos González, president of the Spanish Mortgage Association (AHE), told RTVE.es.

“Now we are in a circumstance with a reasonable market share and the cases of financing of operations above 80% are lower than, for example, in 2012“, Add. And it is that, according to the Bank of Spain, at the end of 2020, loans that exceed 80% barely represented 15% of the total mortgage portfolio of the main Spanish entities and for the most part it is a product contracted before the 2008 crisis. In fact, in recent years, entities have only offered financing of more than 80% on a one-off basis as long as it was a property that was part of their portfolio.

“They are operations that have always existed, that have a clearly higher risk and that must be strengthened with better income, better solvency, with guarantors in very special economic circumstances and, therefore, let’s say that They are operations that exist, but with a very small character, quite marginal and that this is not a commercial operation to use ”, emphasizes González.

The X-ray of the housing market in Spain: a country of owners

In this context, organizations such as the European Central Bank or the Bundesbank have already warned of an “overvaluation” of housing in the eurozone. Also from ADICAE they warn of the risks that this type of practices and insist that this “overheating” in the real estate market “could be the previous step to a new real estate bubble like the one suffered a decade ago”.

The truth is that 100% mortgages were quite successful in the great financial crisis but later most banks were withdrawing the offer. “In 2008 they loaned you up to 120% of the amount of the house, and then people would buy a car with the excess money and go on vacation “, explains to RTVE.es the professor from the Center for Financial Studies (CEF), Julio Díaz, who does consider it a” risky “practice today because “offering 100% of the home is already incurring a risk situation with the borrower.”

The professor warns that a notable upturn in these types of poor-quality loans could fuel fears of a new housing bubble, although he does not believe it is a general trend. “Yes it may have experienced some growth to take advantage of this investment boom, but I think we are at a different level than what was absolutely the year 2006”.

In this way, he agrees with the rest of the interviewees that this type of practice must be discarded and access to a home whenever possible. In addition, it urges pay attention to the granting of credits “again to high risk profiles”, which in his opinion “could be a worrying sign.” “And be careful with the growth in the number of mortgages,” he warns, since unemployment is still high and the coronavirus still adds a lot of uncertainty to all operations.